Antwerp is a belgium town on the River Scheldt, with one of the biggest port in the world. As you can see on the following image, The Port of Antwerp is very close to the town itself.

This proximity became a danger for the city when recent studies revealed a high flooding risk, so the authorities decided to build along the dock a 7 km long dike. Without the direct link between the port and the town, all this part was destined to be a free space for the inhabitants as described in the two pictures below.

Here begins the project. The mission was to manage this big space and my answer, involving two steps, was pretty simple:

First, in order to obtain an homogeneous result without any stylistic break, I decided to seize the dike’s original design spirit, and to use it as a base to make my own project. Thus I kept the same mineral materials and expanded the middle of the dock, until it translated the most intensified version of the said spirit. All these variables applied on the previously flat dock create different reliefs, mounds and valleys bringing forth many paths to travel on.

Once this first step was completed, my second intention was to play with the water level to make a living park, following nature’s extravaganza. I played with the ground level so that paths would appear, depending on the tide. Finally, I conceived two surfaces as high as the top of the dike, planned to make two little islands during a flooding. 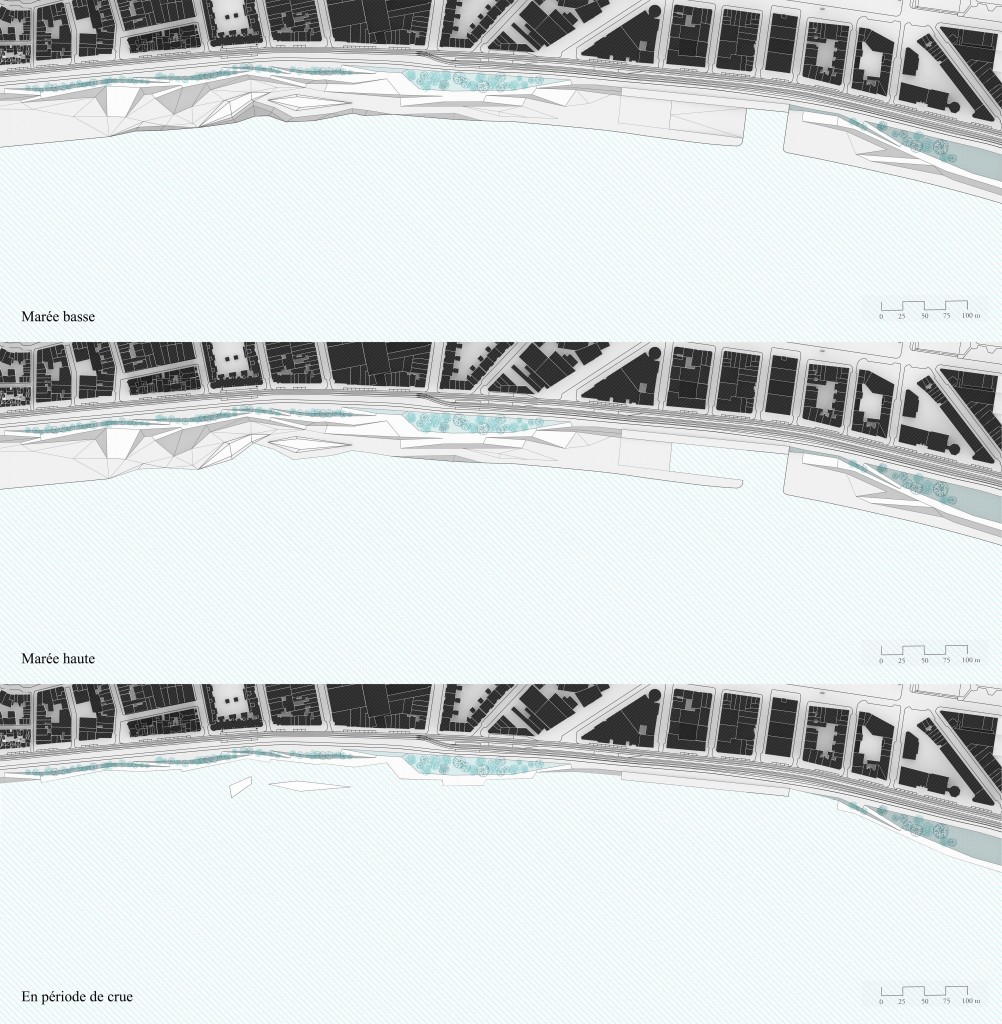 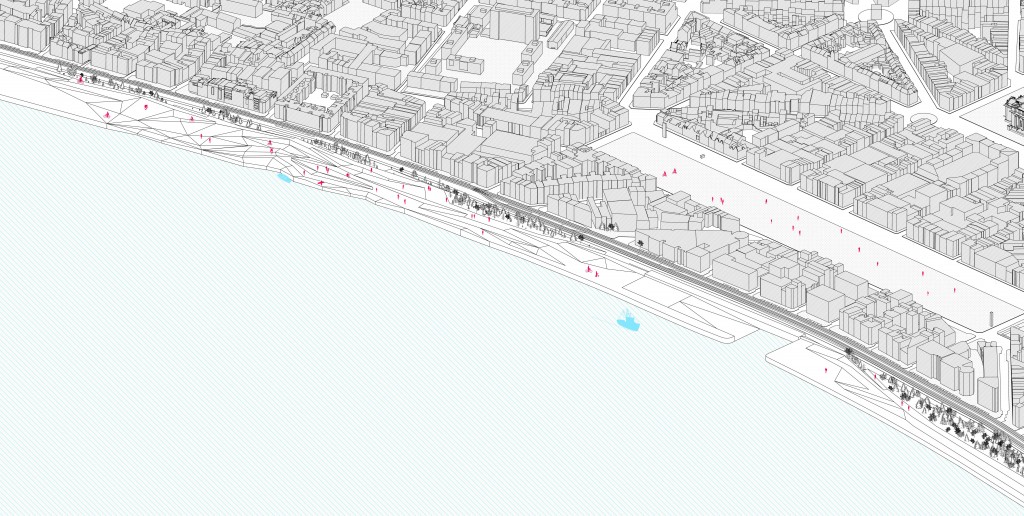