International Contest for the Great Football Stadium of Oujda, Morocco

Here is a project made in collaboration with the architect Harfi Kamelia from a moroccan architecture Office, for the International Contest of the Great Football Stadium of Oujda. This project is made in the context of a wide implementation of new sport infrastructures in Morocco. Thus with these buildings, the kingdom could be allowed to present its candidacy for receiving the FIFA World Cup™ in 2026. 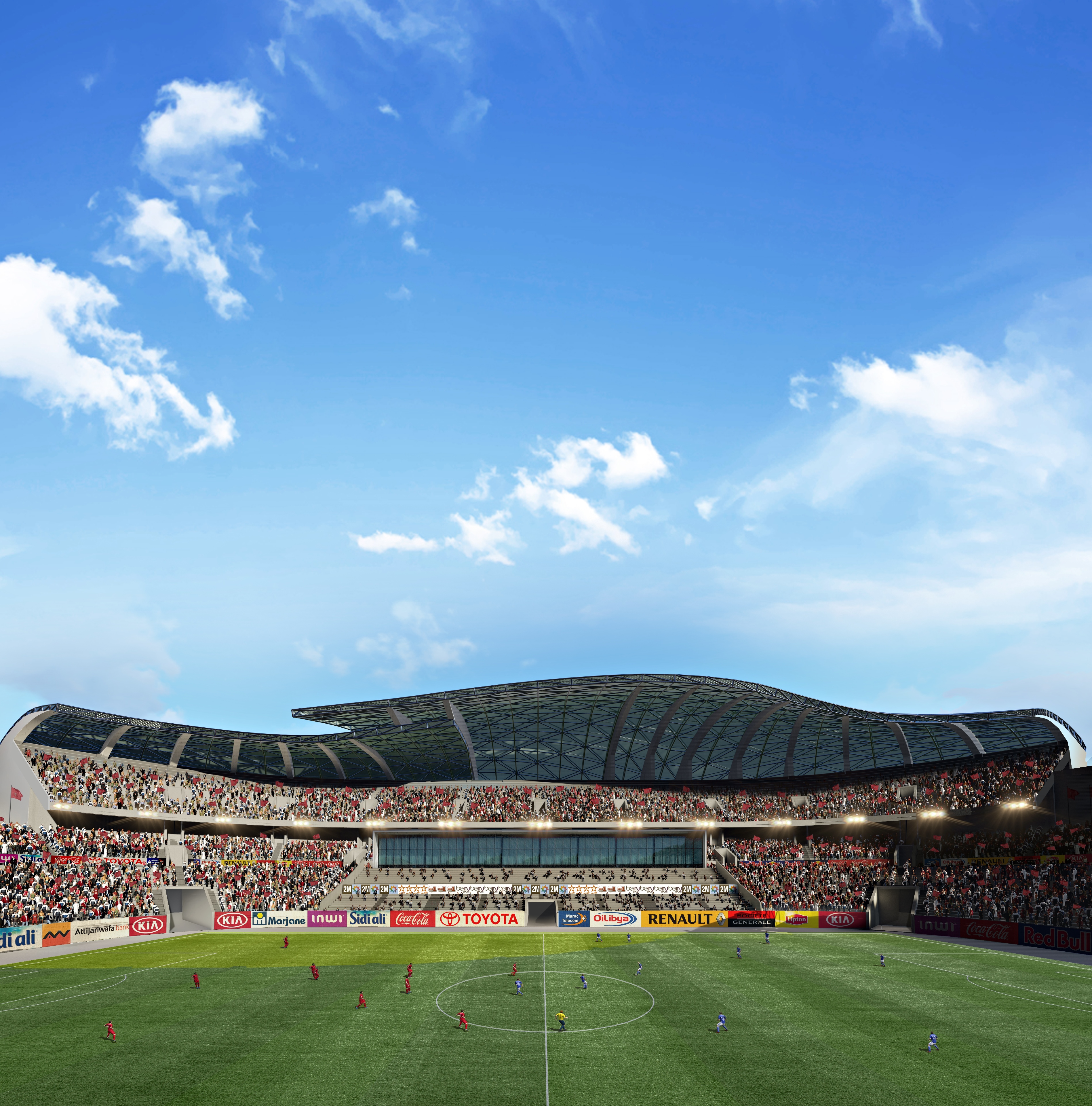 This projet takes its roots in a urbanistic and climatic analysis of Region of the Orientale. In the urbanistic study, we note three facts : As any medina, Oujda has a high urban density, with not a lot of park spaces. Also despite this housing density, we don’t find a lot of spaces dedicated to the culture and the entertainment. Finally we discern that Oujda is poly-centralized around a North-South axis. So our project with its implantation could be a new landmark, with parks, cultural and entertainment spaces, to feed a potential West-East axis of development for the city. About the weather, the rain and the snow could fall in winter, but generally the weather is mild for the season with temperatures between 15°C and 20°C. In the summer, a warm and dry wind from the Sahara named “Chergui” covers the city. Then the temperature could raise until 40°C.

The stadium can receive over than 45 000 people. The main structure is made on a concrete regular frame, providing a continuous circulation between each level for a quick and secure entrance and exit. Close to each entrance of the stadium, parkings for cars and buses are avalaible around the stadium. The water points and the vegetation are strategically placed to refresh the air and reduce the wind strenght from the west. 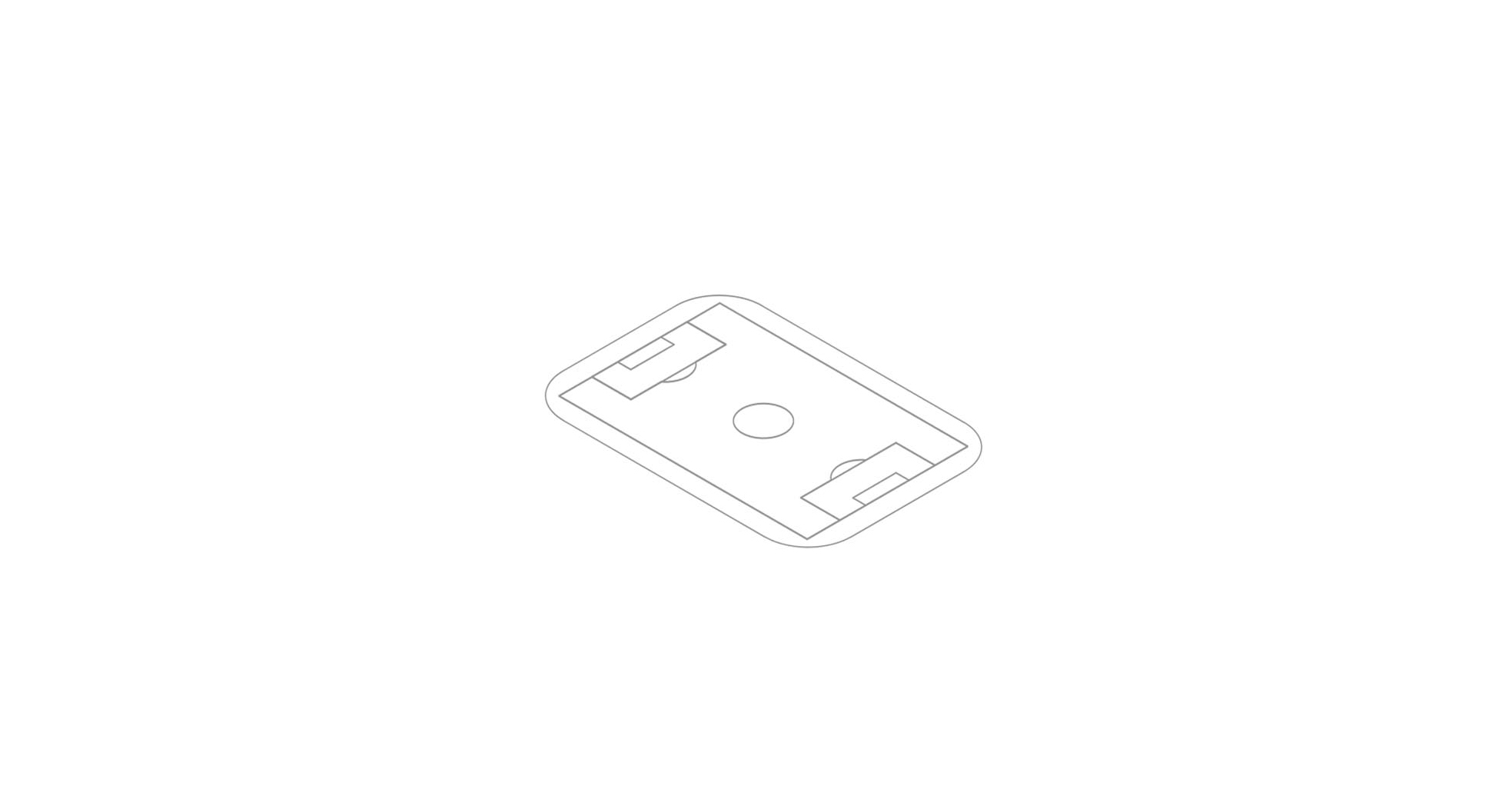 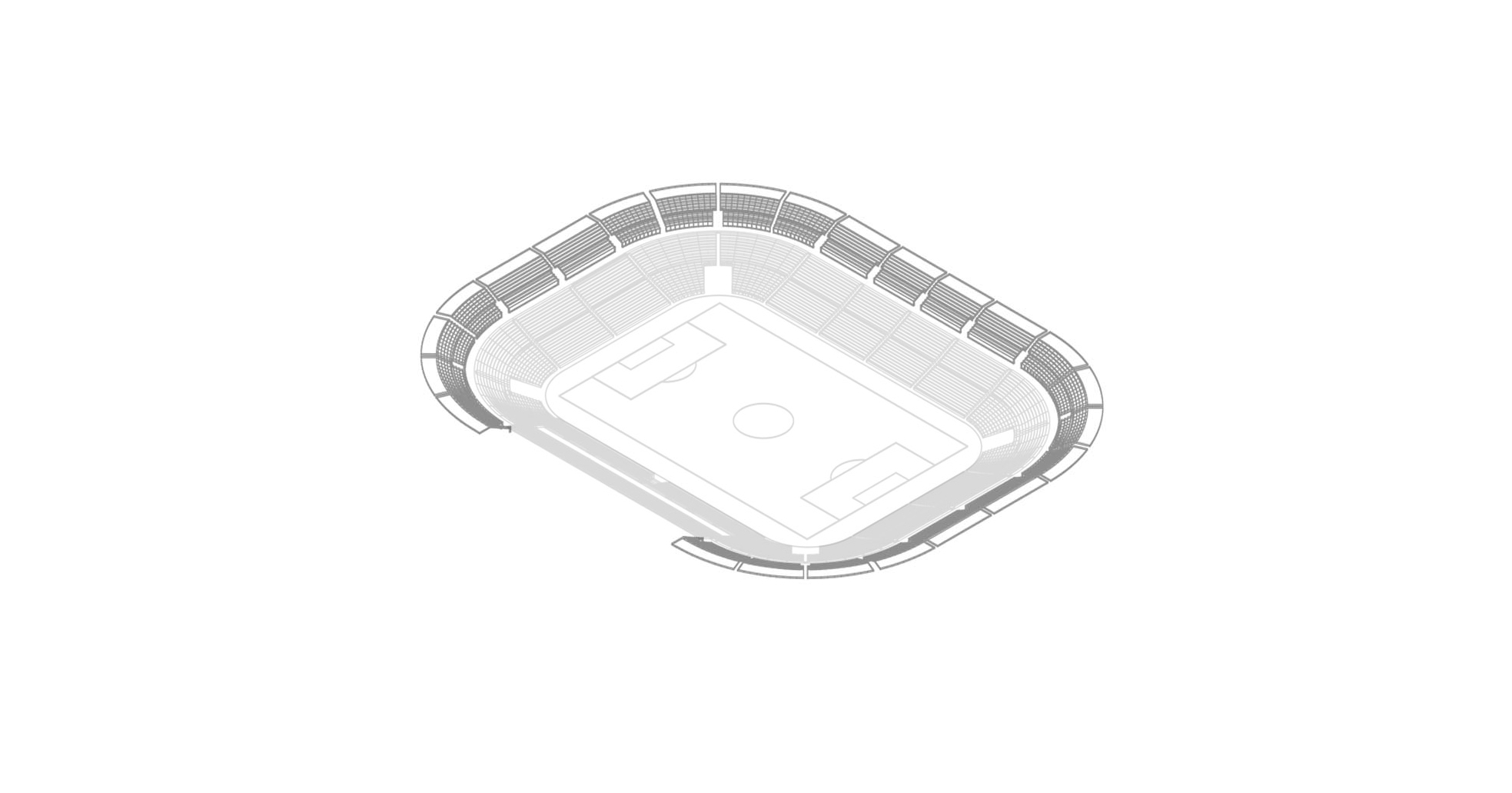 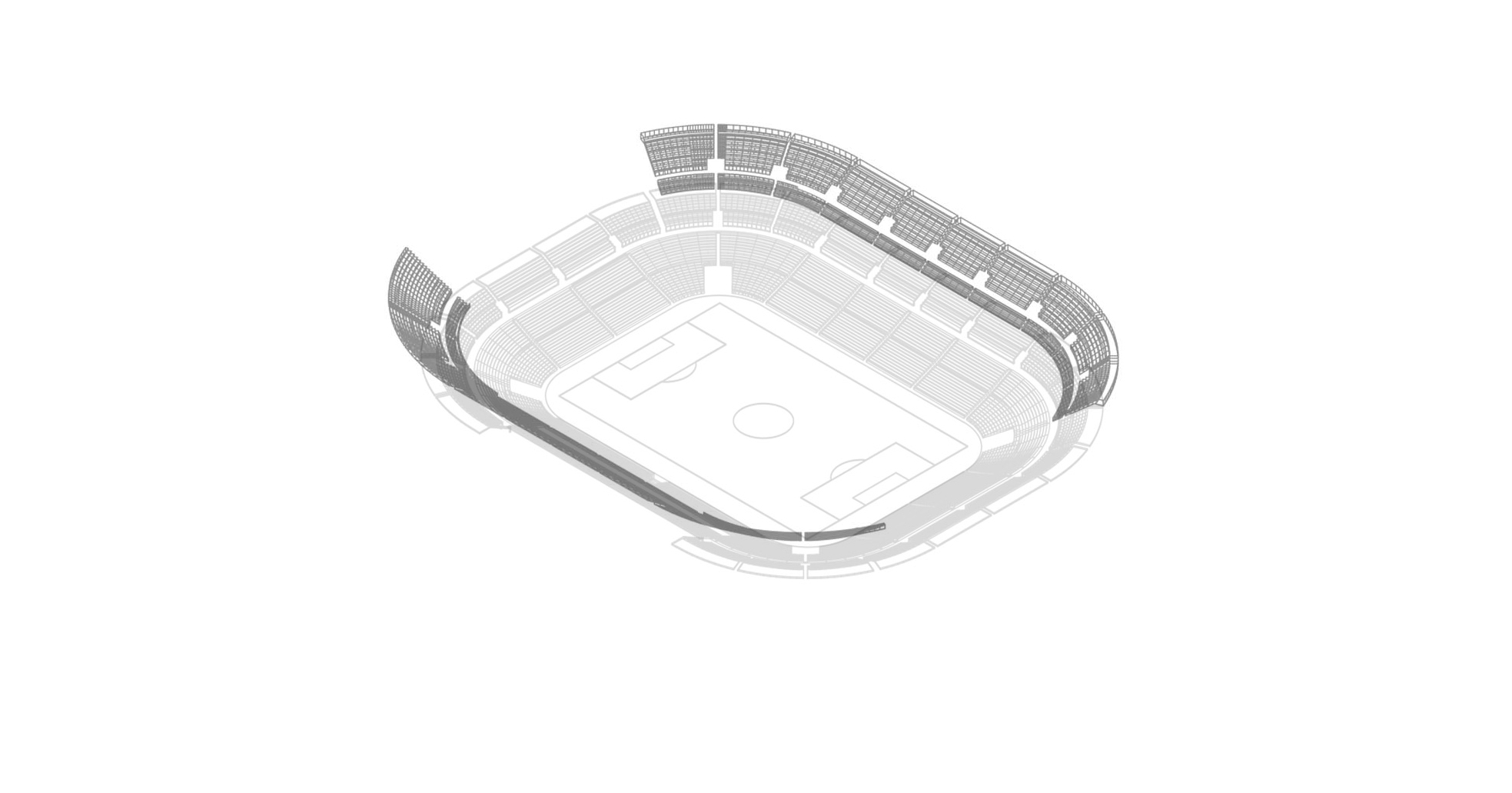 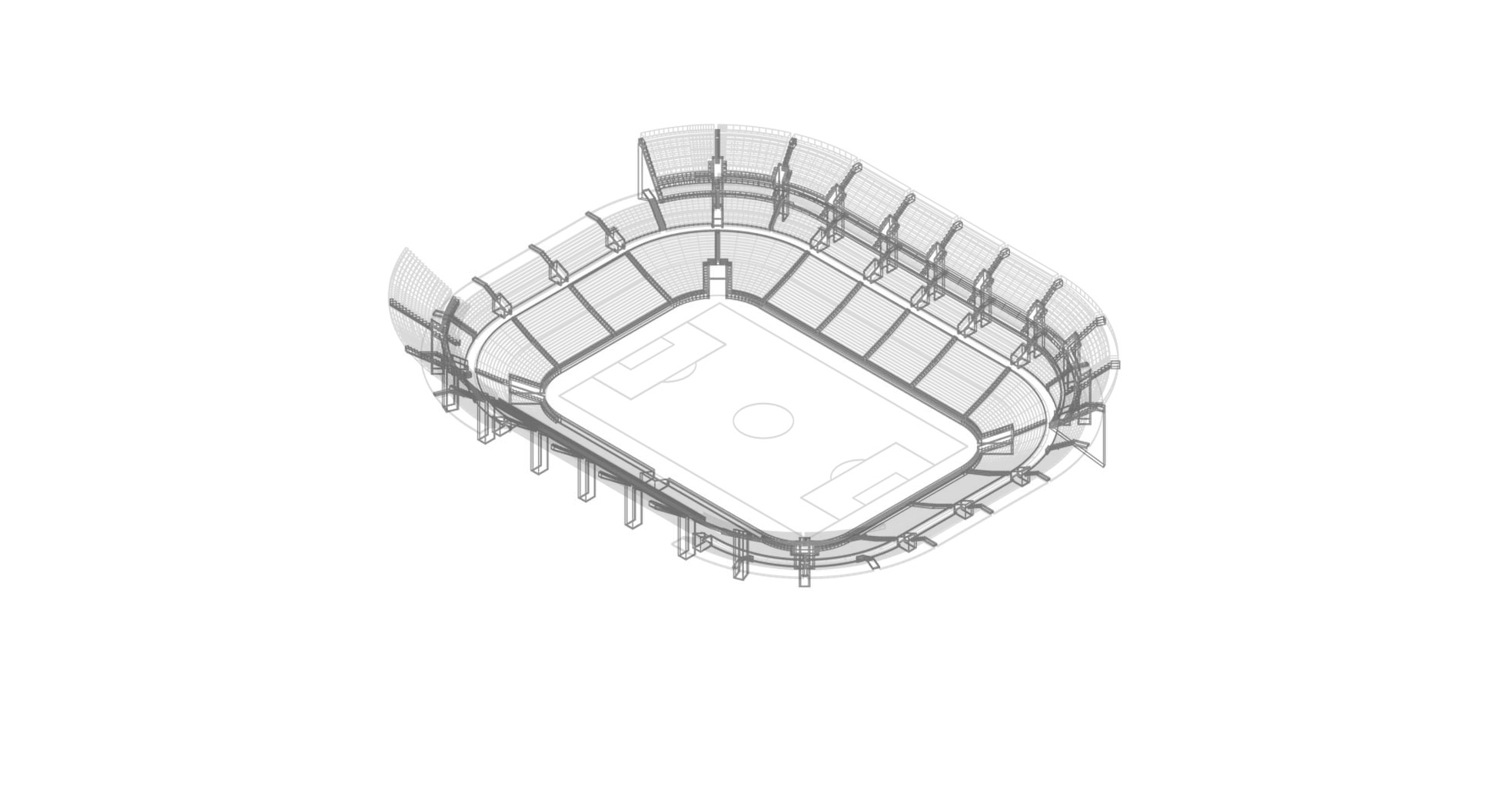 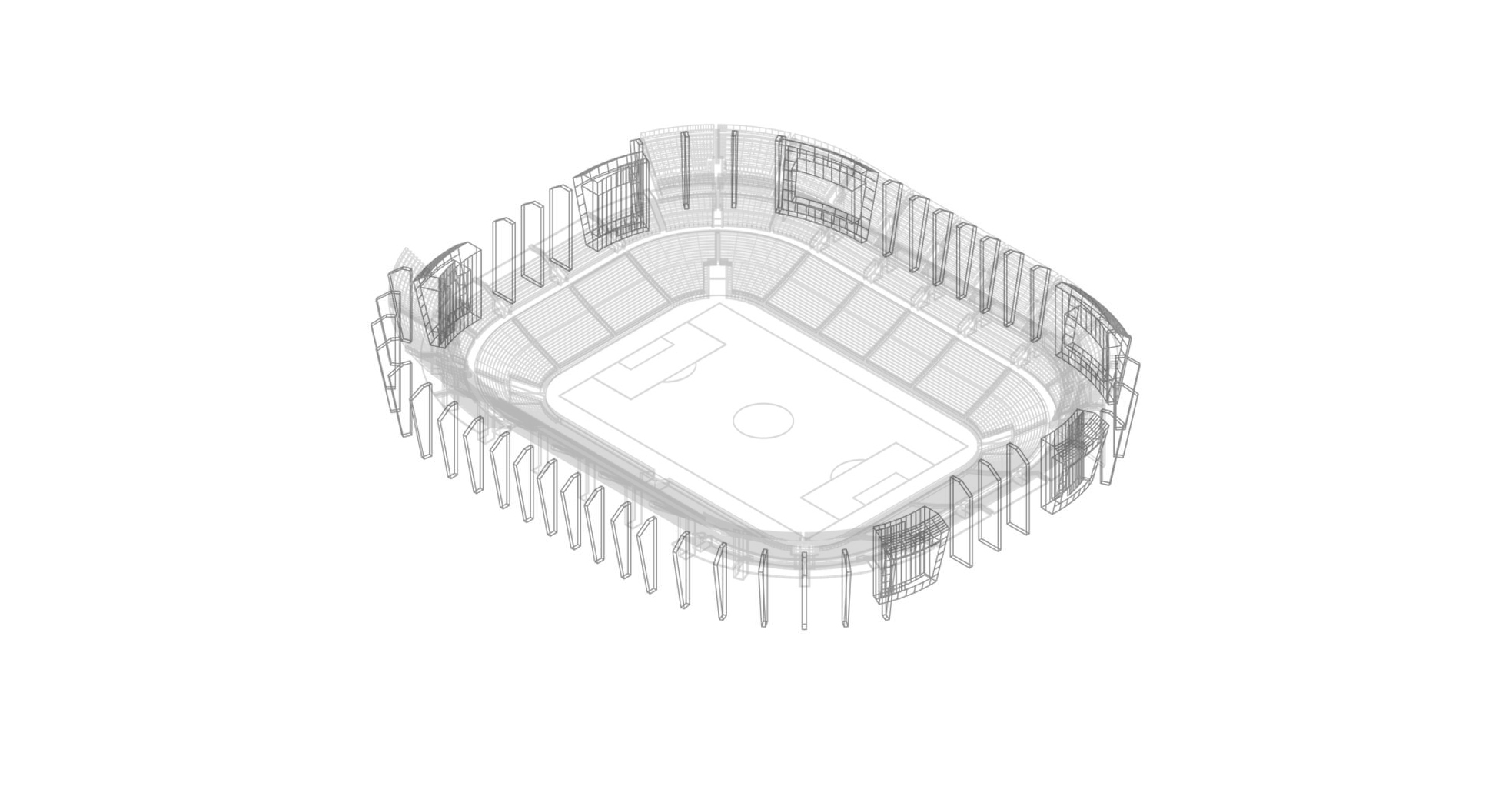 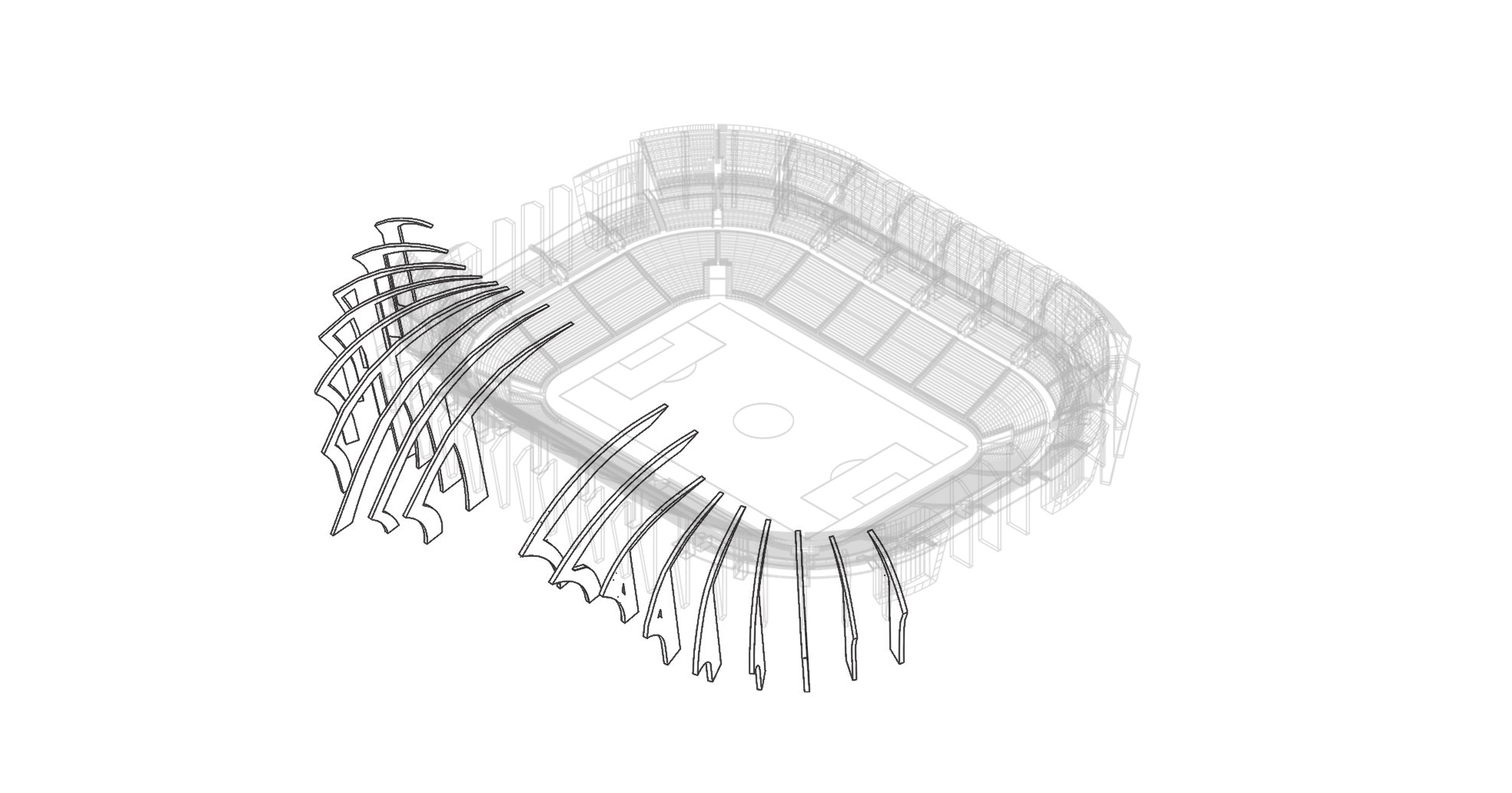 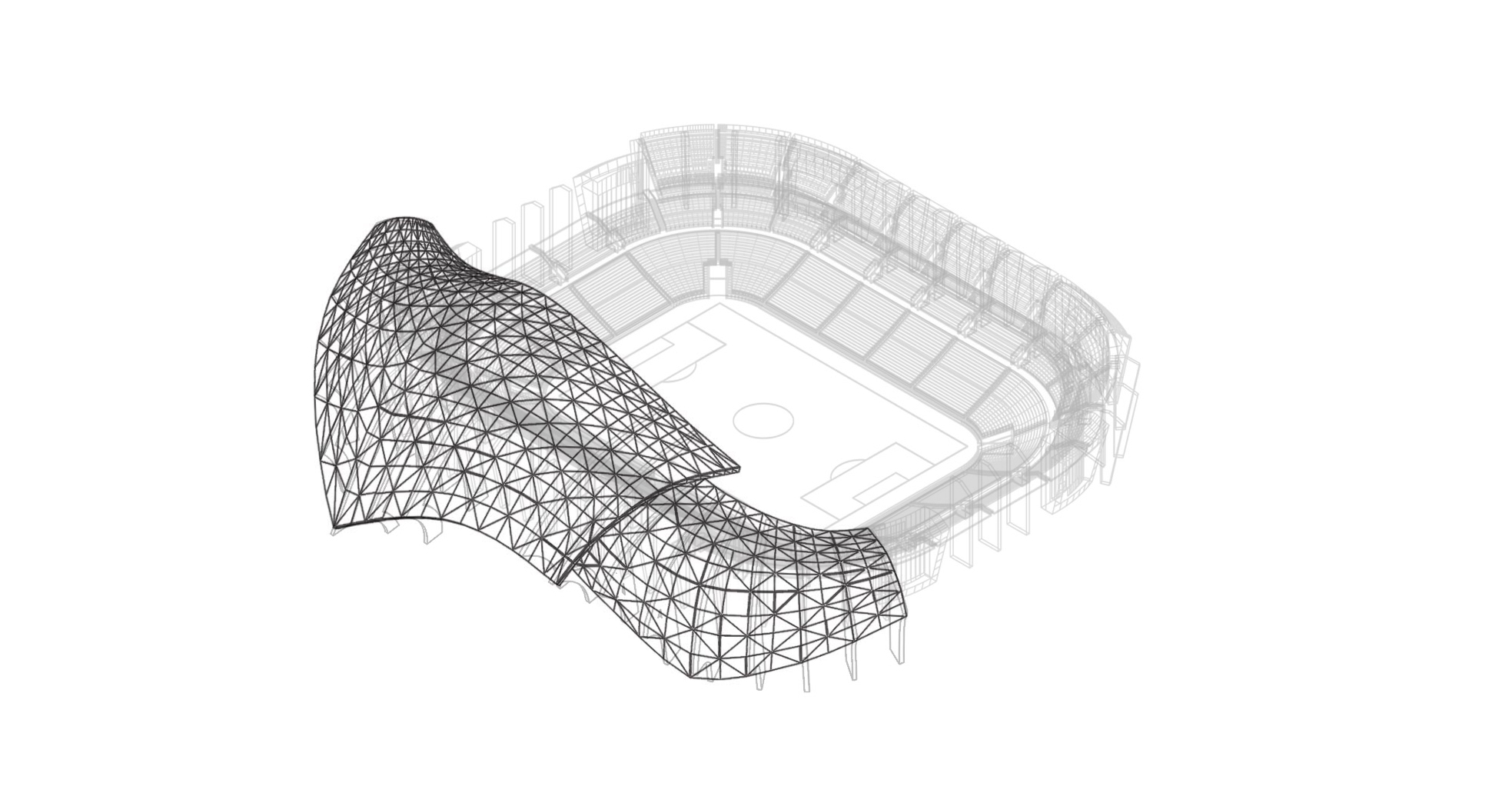 Excluding the match days, we had to keep a continuous stream of people on this zone. So many activities come to complete the football stadium. As you can see on this following section, a mall has been installed, deployed on three levels all around the stadium’s stucture. Plus, a football museum was created to pay tribute to a century of history of the Mouloudia Oujda Club. 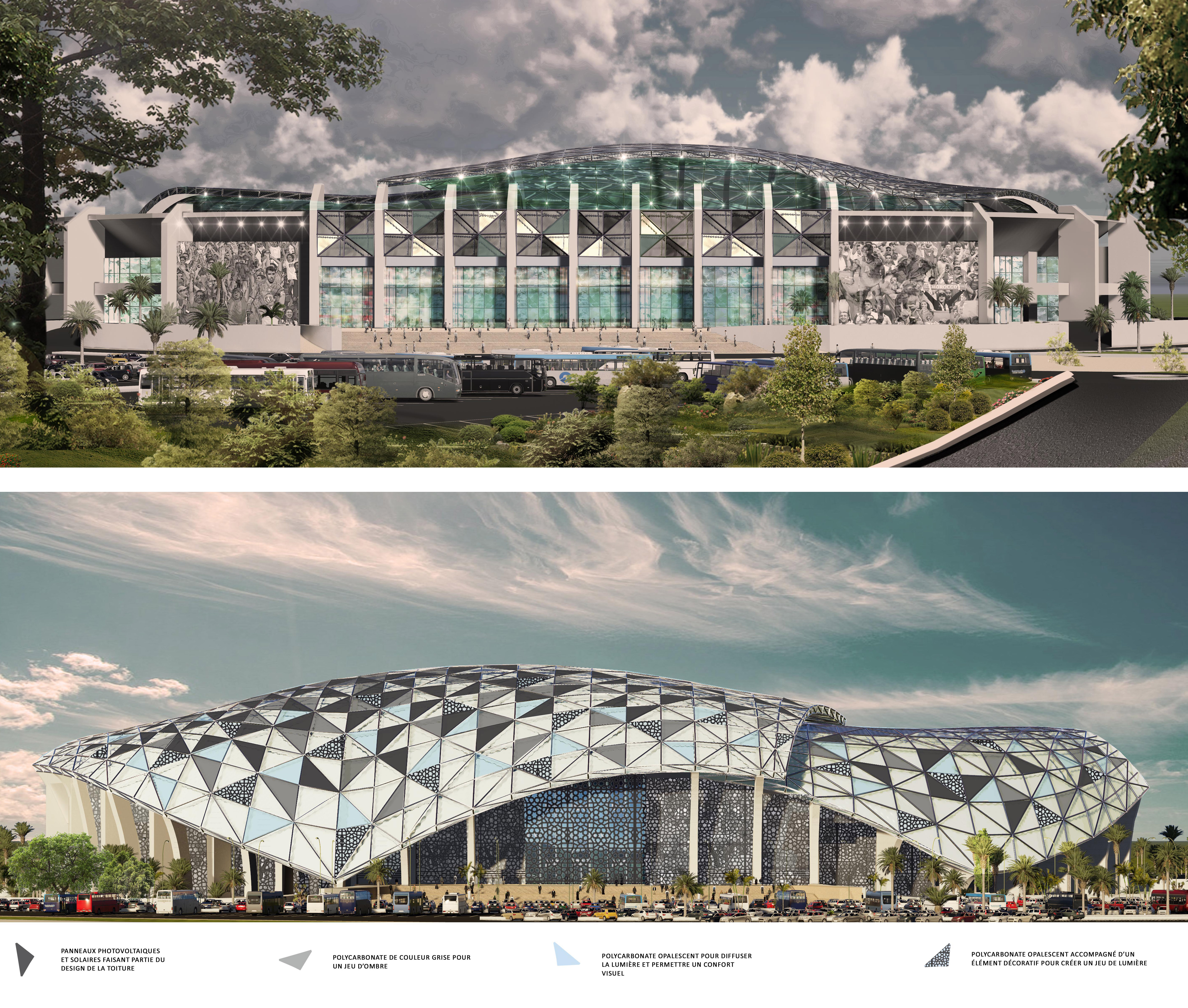