Simulacrum – From Utopia to Dystopia

This project was developed in a HTC class context, (History Theory Criticism), headed by V.Brunetta and J-D.Bergilez. This year the thematic was the Heterotopia by the philosopher Michel Foucault, which is a philosophic concept dealing with places and spaces that function in non-hegemonic conditions. The exercise imposed a completely closed surface area of 80m on 80m, without any exterior contact, and we had to develop an heterotopia inside this camp.

Added to this first part, I decided to bring up a supplementary reflexion with an other philosophic concept: Simulacra and Simulation by Jean Baudrillard, seeking to examine the relationships among reality, symbols, and society. Then, to give a concrete support to these two reflexions, I’ve chosen to talk about the islamic religion via a fiction story.

Here is the synopsis : in a far future without religion as we knew it, without order reading and alphabet, a community decided to live completely isolated in a camp to try to link again with their past and blurred religion. In this future world, their last copy of the holy Qu’ran looks like a card game in which each religious duty is drawed on a card, (a direct consequence of a society without order reading and alphabet). Their utopic’s vision of islam will encourage this community to build their own mosque, based on this simplified Qu’ran’s version. Thus this utopia will find its place into this camp to become the heterotopia.

Acting like that, will they reach their goal and link again with the religion from the past, or this heterotopia  will itself degenrate into a dystopia? To respond, the goal of the project is to reproduce this heterotopia, in other words, to reproduce the camp for an appoximative islam practice. At first glance, the mosque built looks like the dreamed archetype and the utopia seems to be reached. But when we begin to look in details, many things look like atrocities for a nowadays muslim.

For example, the fountain looks to work fine to do ablutions, and the detail in section is representing the principle of the Heron’s fountain. And that’s the problem, an Heron’s fountain uses a closed water circuit, and a water already used for ablutions can’t be used two time. An other example is about the correlations between each part of the mosque. The said “muslims” in this heterotopia are rigorously doing their religious duty as marked on their cards, but there is no order. That means in fact that the muezzin’s call five times a day doesn’t imply that the camp’s muslim has go to pray, or has to do their ablutions before praying, etc… Each part of the mosque is stand alone and physically separated. 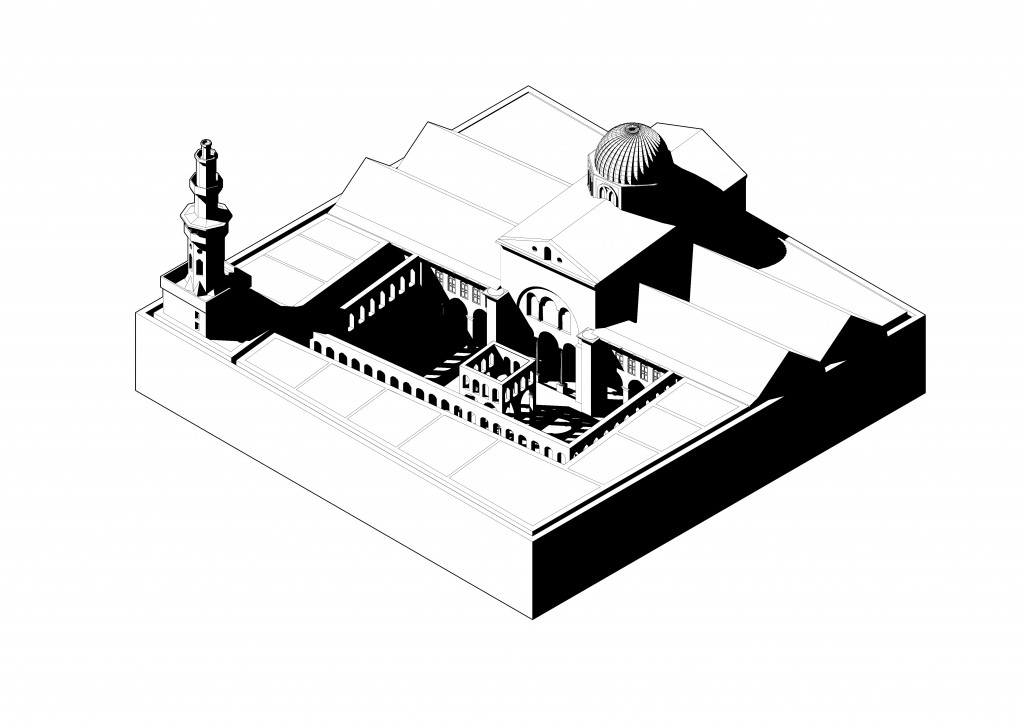 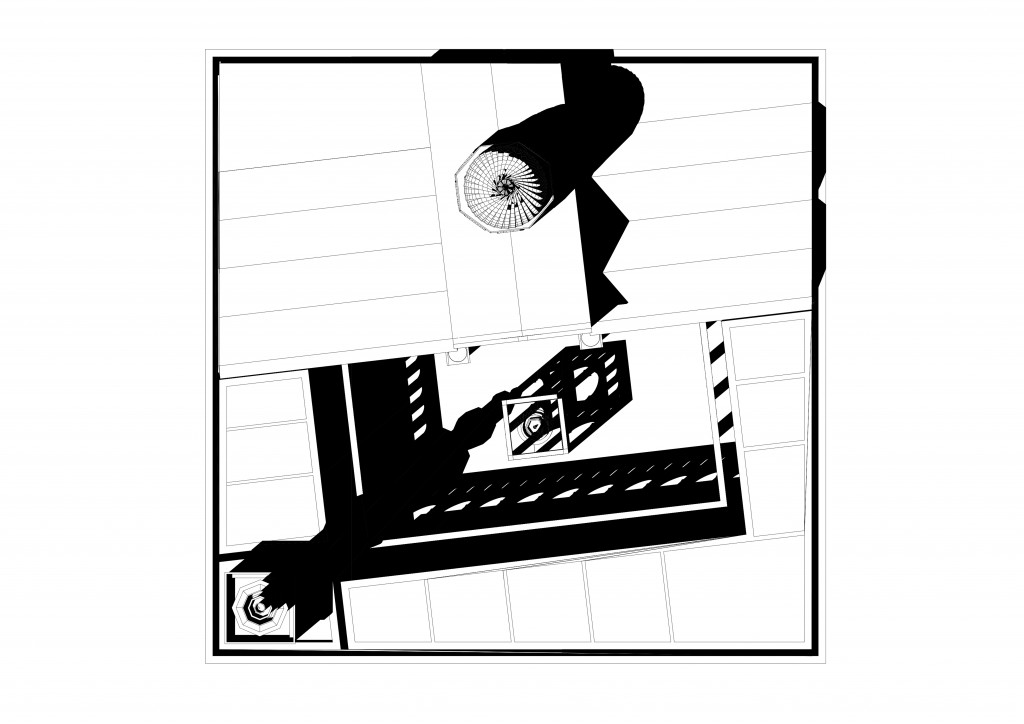 A lot of details which revealed the camp’s failure, are hidden in this project, each one more vicious than the next. Some of them are visible but they need a religious knowledge to be detected, like this curious mosque orientation. Others don’t appear directly in plans and need a reflexion on the implied consequences, like the mess on the carpet positions in the praying room. All of these details are explained in the flipbook at the bottom of the page.

Thus, what we first believed to be an utopia become finally a dystopia depending on our point of view. This precision about the point of view is significant, because the ignorance of the camp’s muslims makes them believe they are doing everything right. So, from their perspective, they are living the utopia in this camp. By this project, many philosophic questions can be revealed, as the faith’s authenticity,  the primacy between the action and the action’s intentions, or the evolution of what we consider as real. 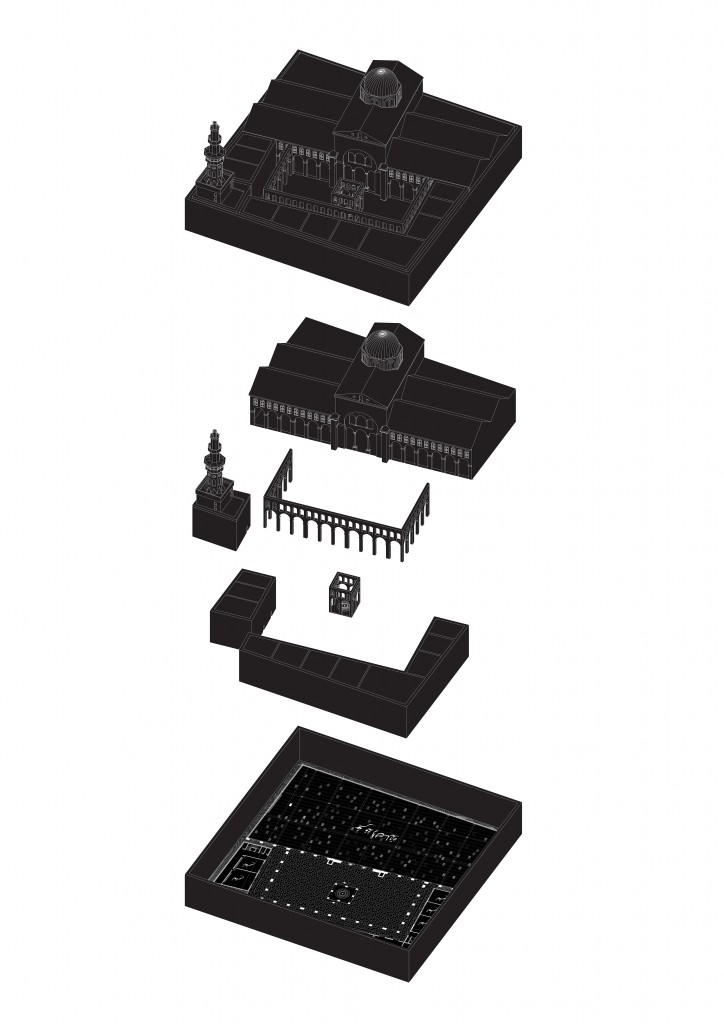 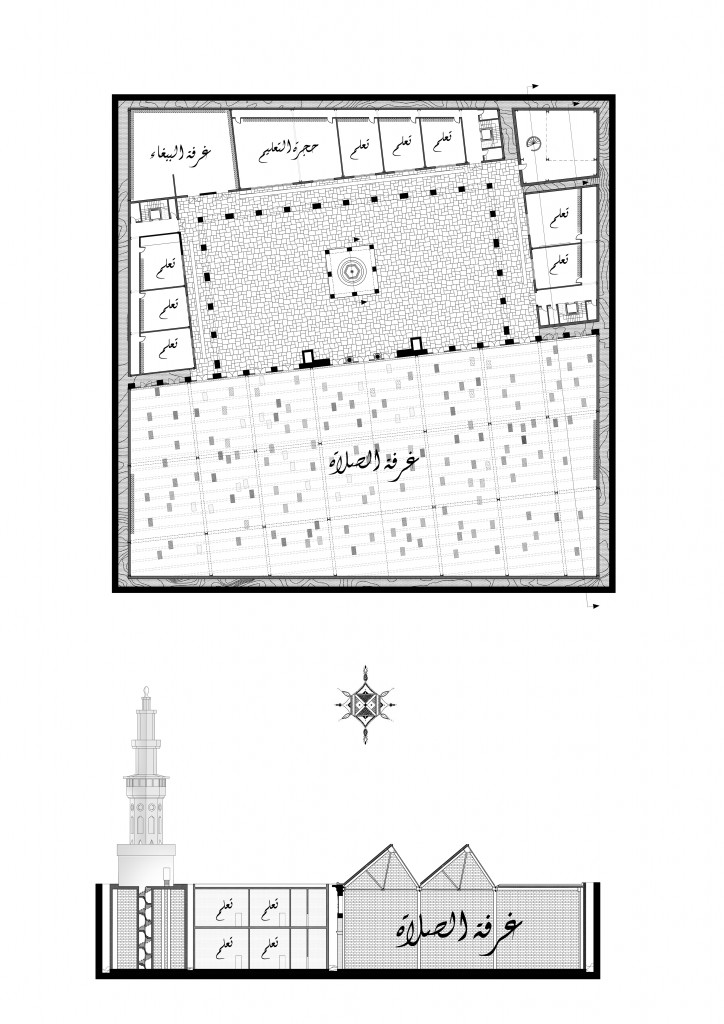 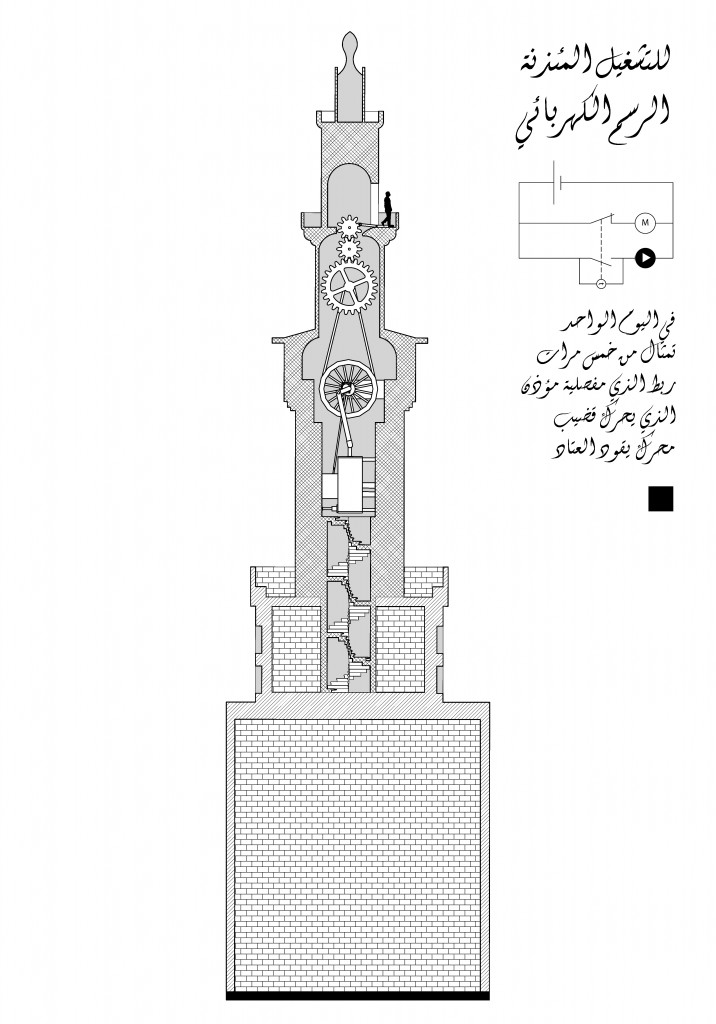 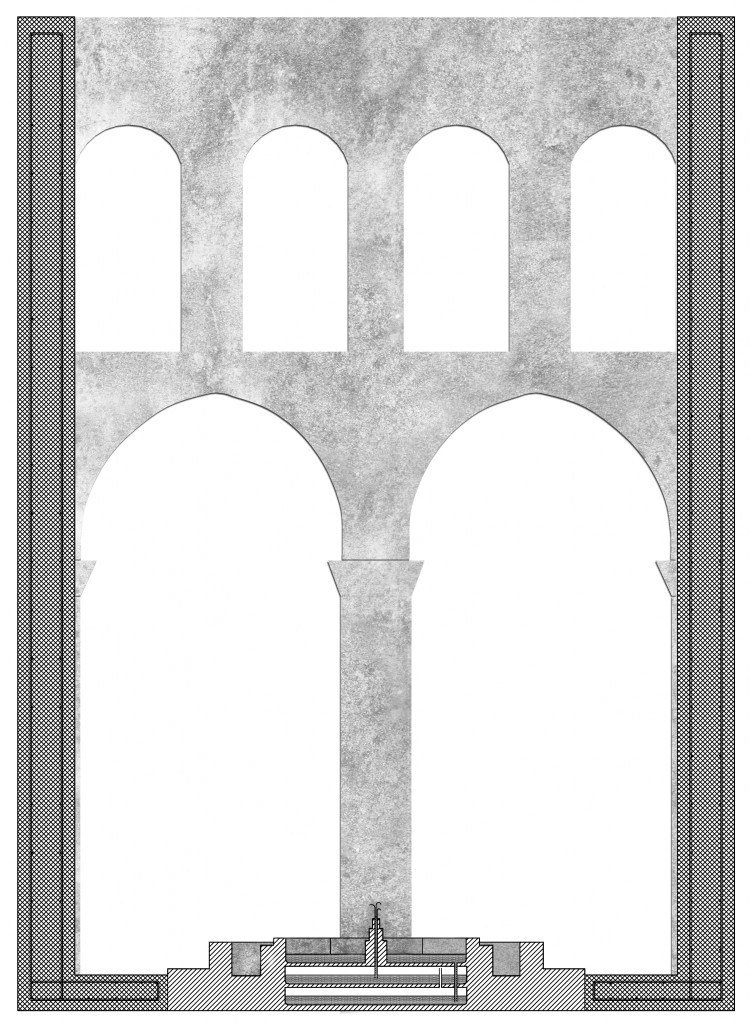 the following flipbook sums up the whole project.
(available in french only)