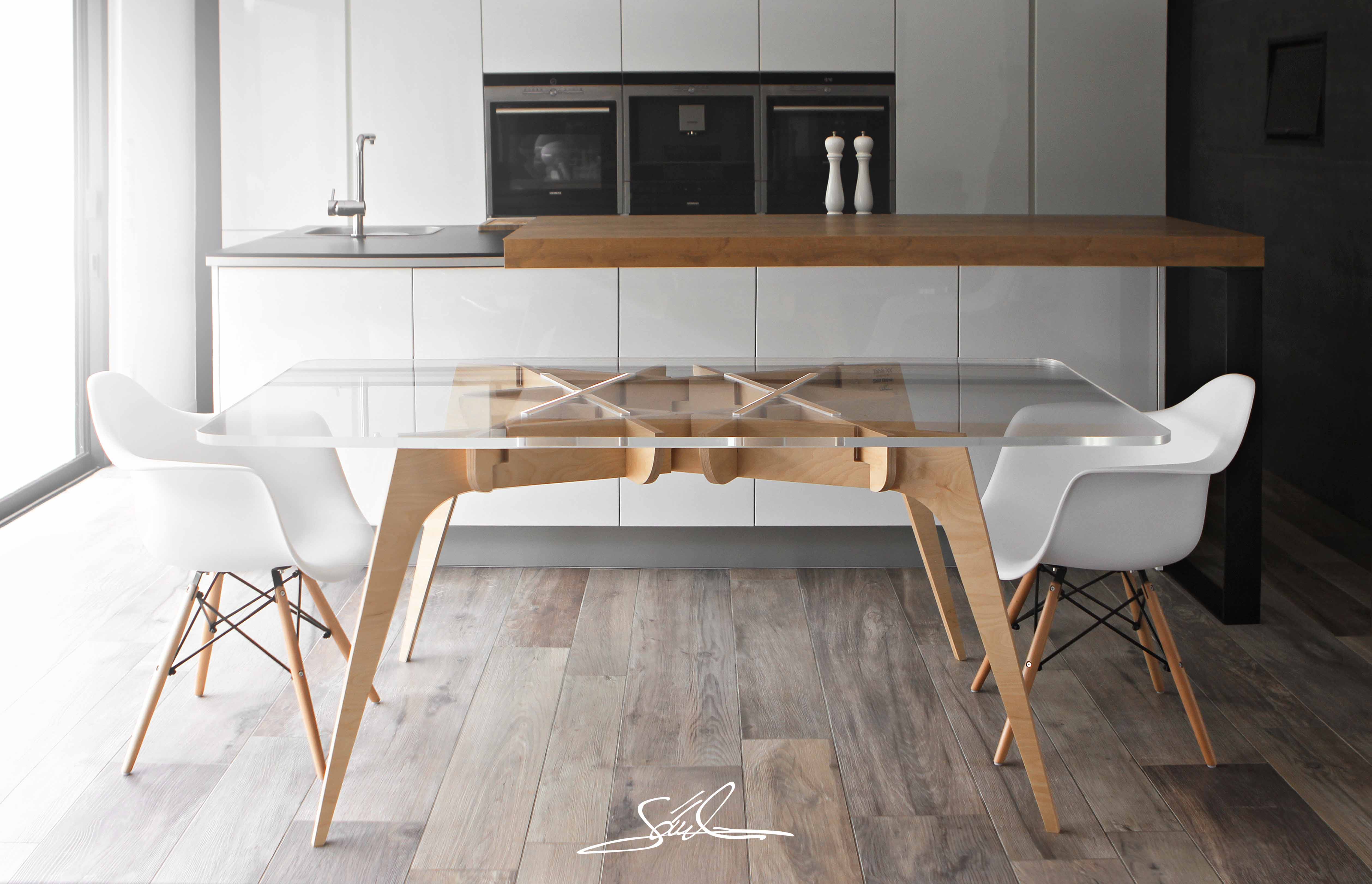 French architect & designer, Saïd Belmir, has created a table named XX, pulling its source from the Mauresque Art and Gothic architecture. This table making a modern interpretation of the Islamic Art requires no screw, no glue.

This design won the Silver Prize at the International A’Design Awards 2017. Then, Saïd Belmir has been officially nominated for the Prime “Designer of the Year” title by the IAD members

Its commercial launch is planned for the september 2017, in Bruxelles at the QG-Gallery, in Limited Edition. 100 units will be produced on command, each signed and numbered. The production is entirely Made In France by Dutilleul Industries.

This project is a live architecture lesson. Its aesthetic is the result of the balance between each piece of the assembly. The complete assembly makes two X on the table, thus explaining the name.

This table is edited in 21 mm birch plywood B/BB according to the finnish plywood classification norm EN 635.2, and in PMMA 20 mm to ensure the resistance, stability and sustainability of the product. The original table top is in birch plywood covered by a light melanine layer on its two opposite faces, but the table top is also available in plexiglas if you want to appreciate the whole structure beneath the transparent surface. 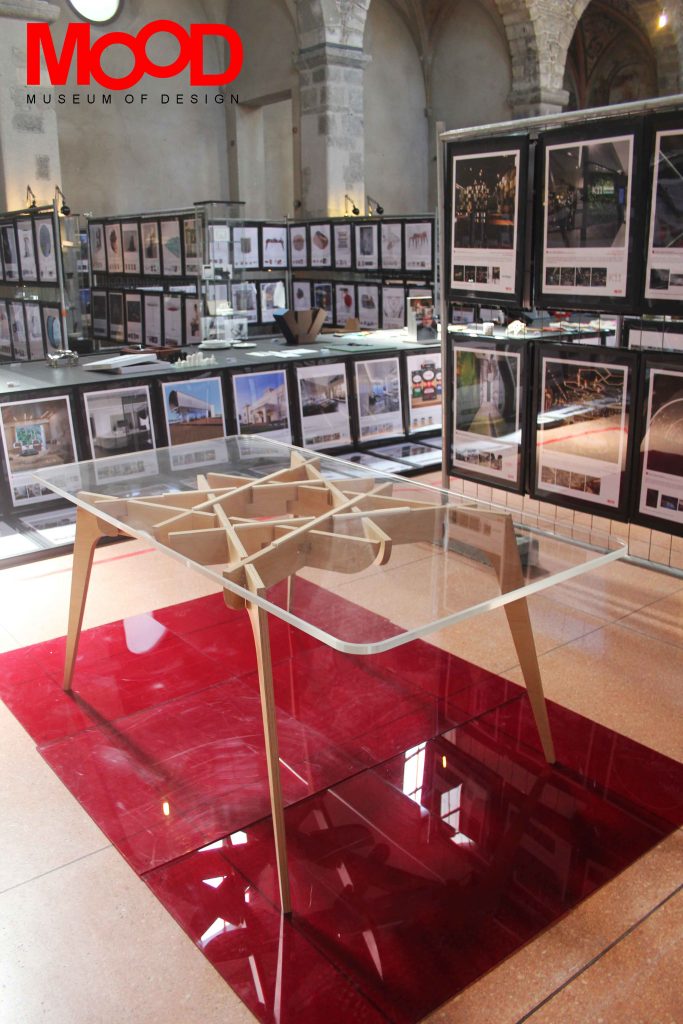 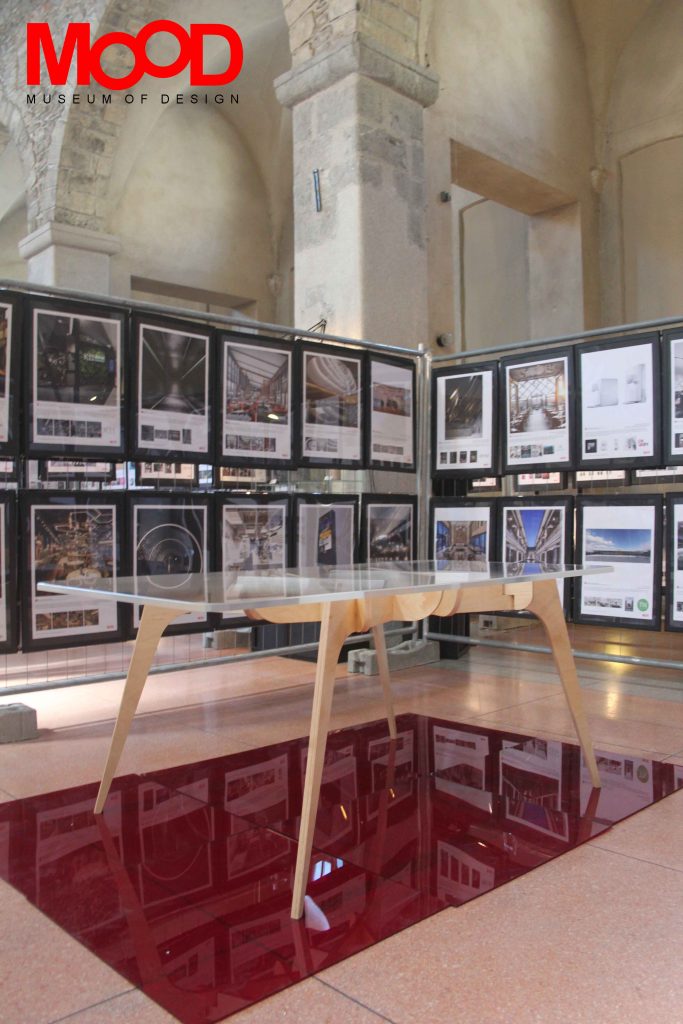 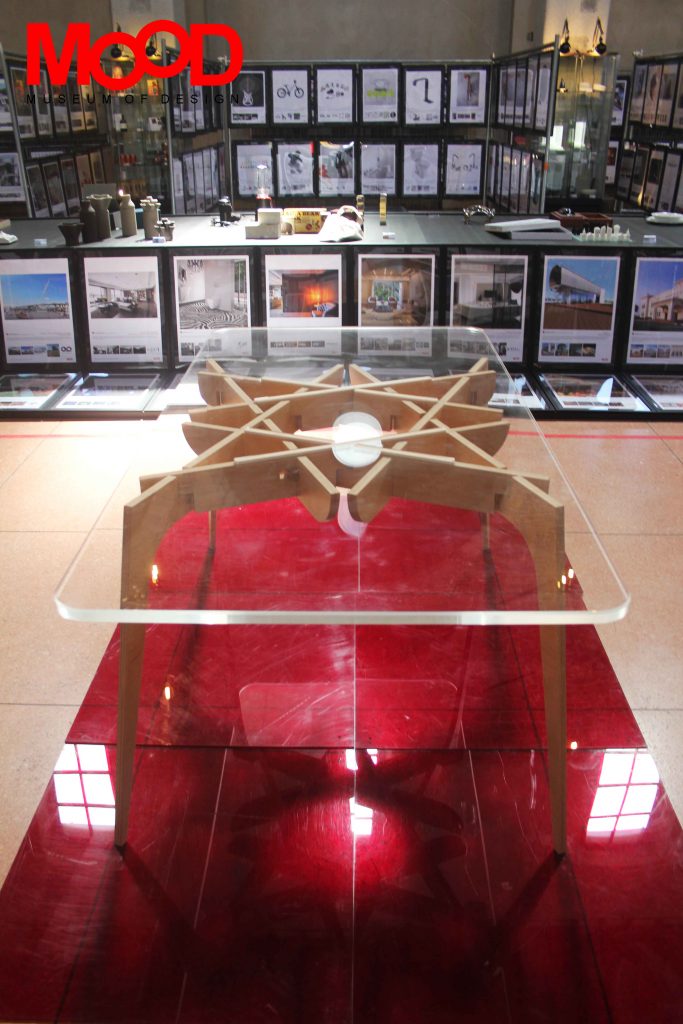 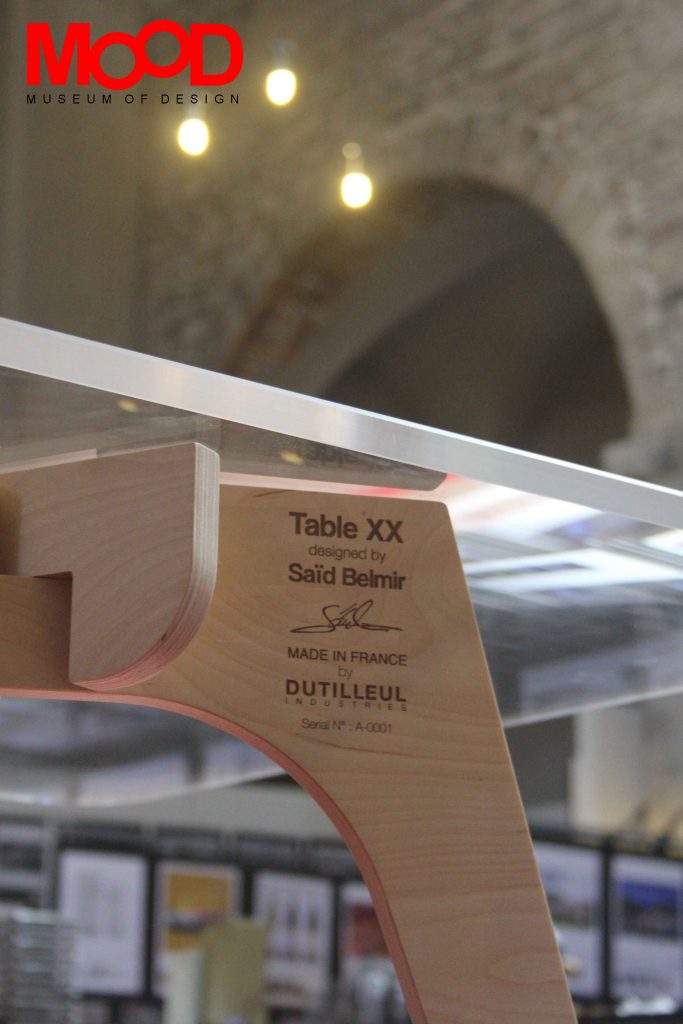 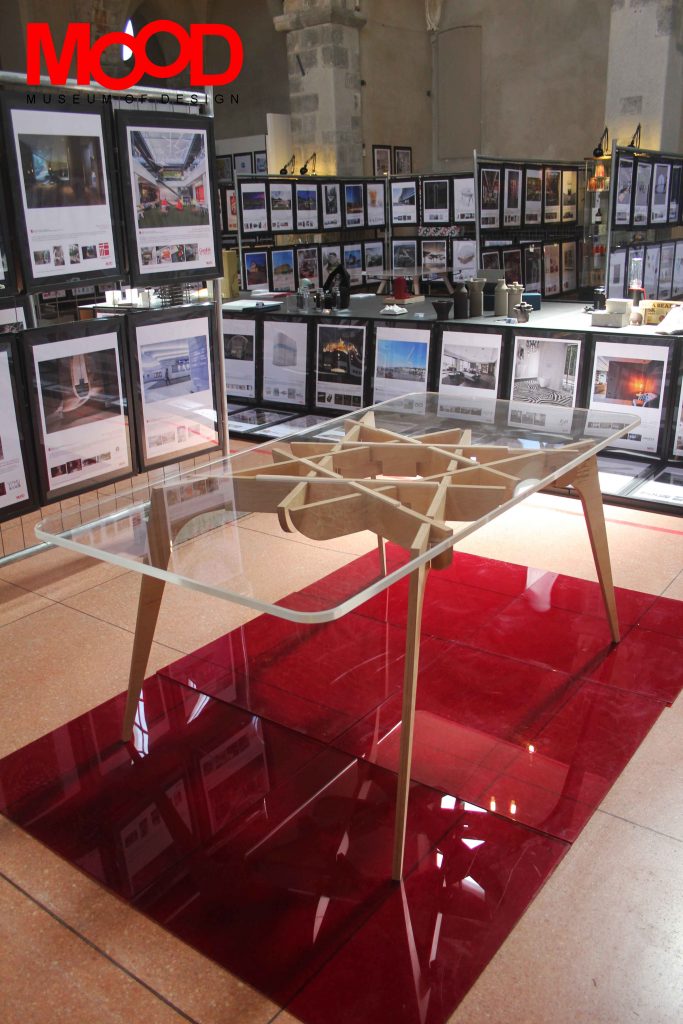 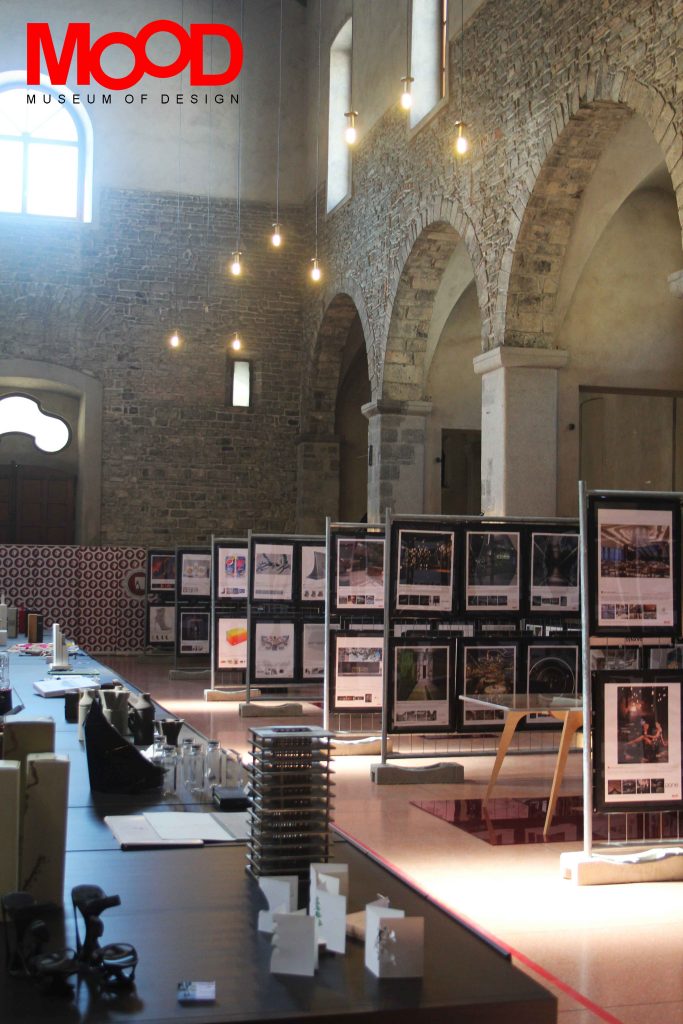 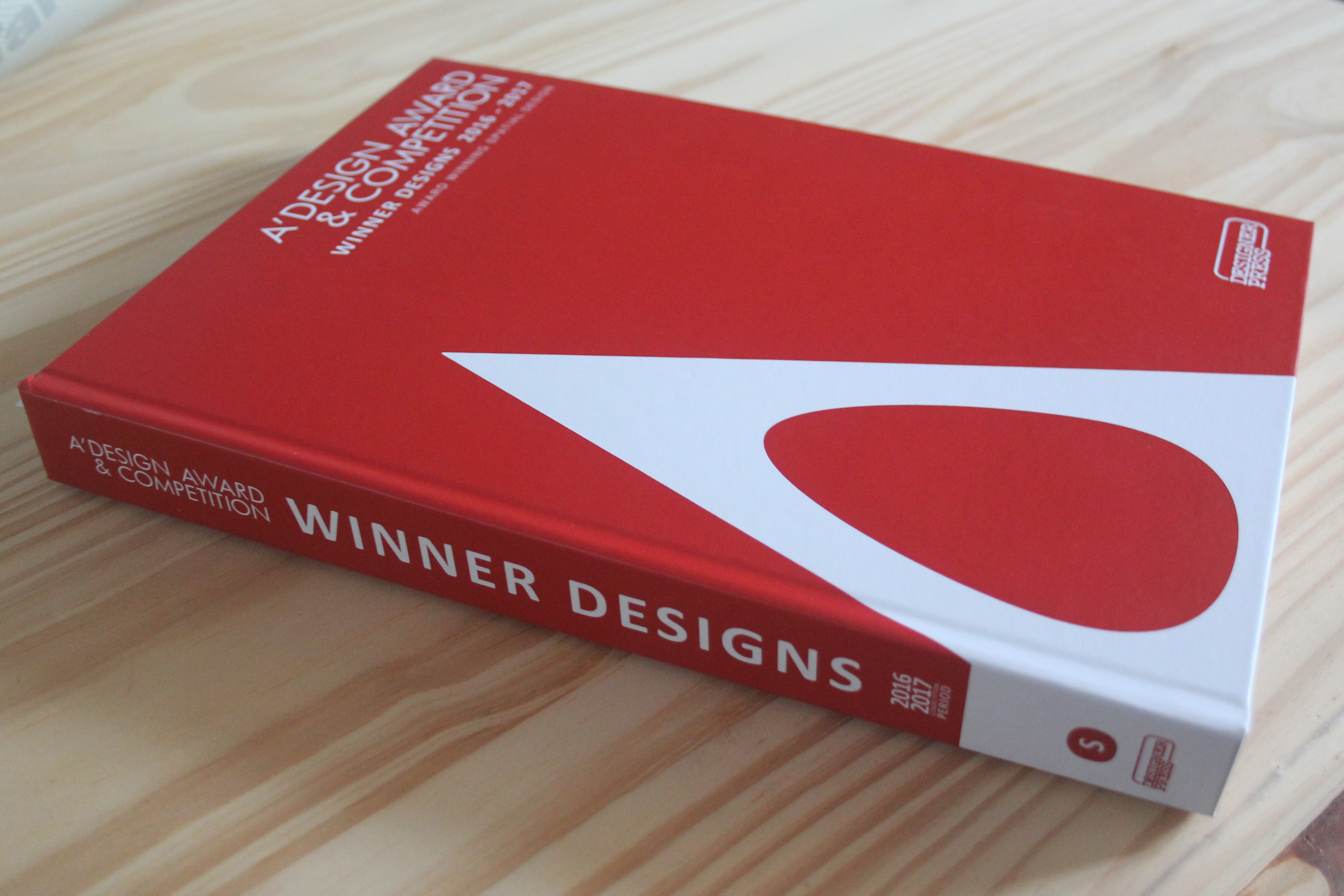 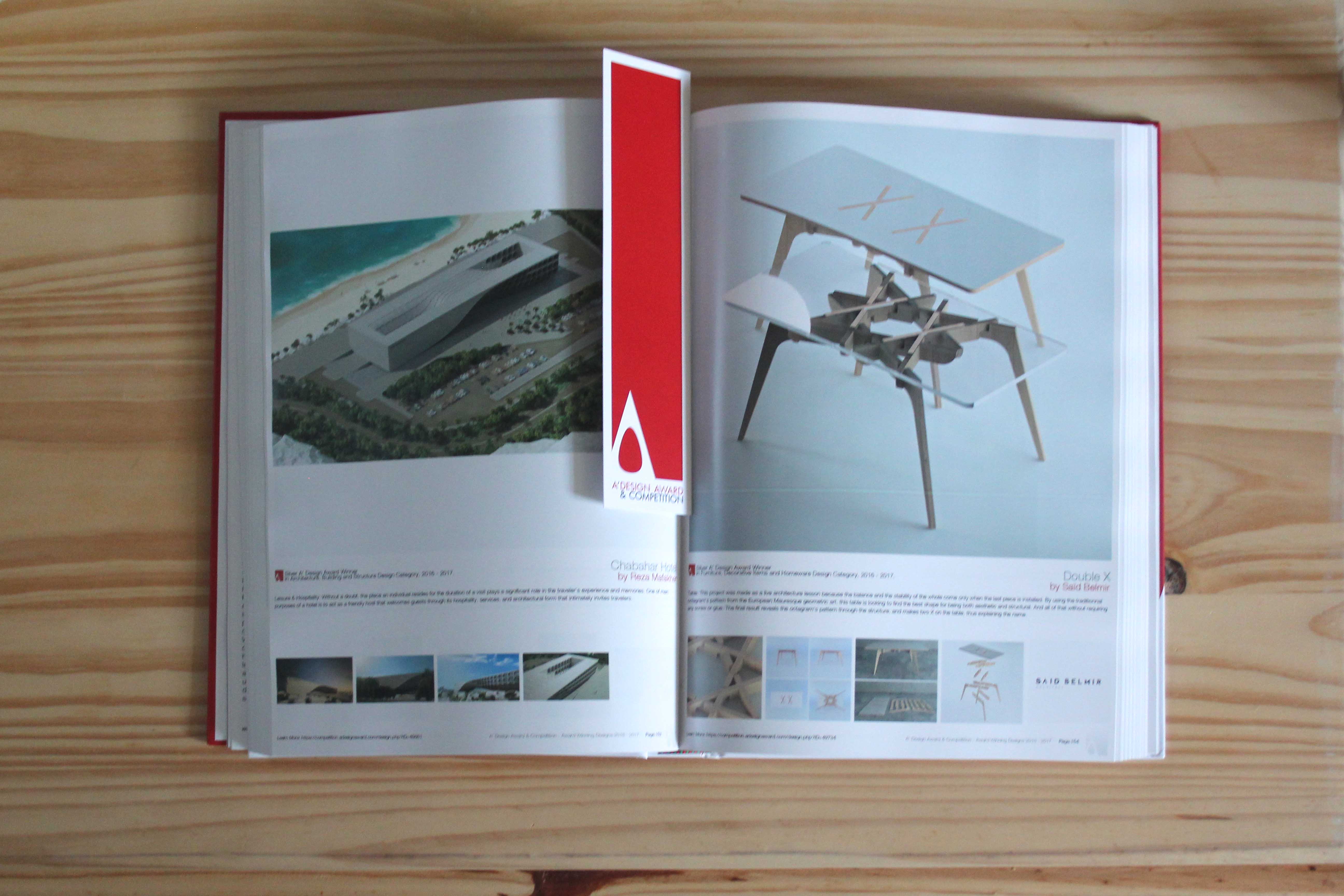 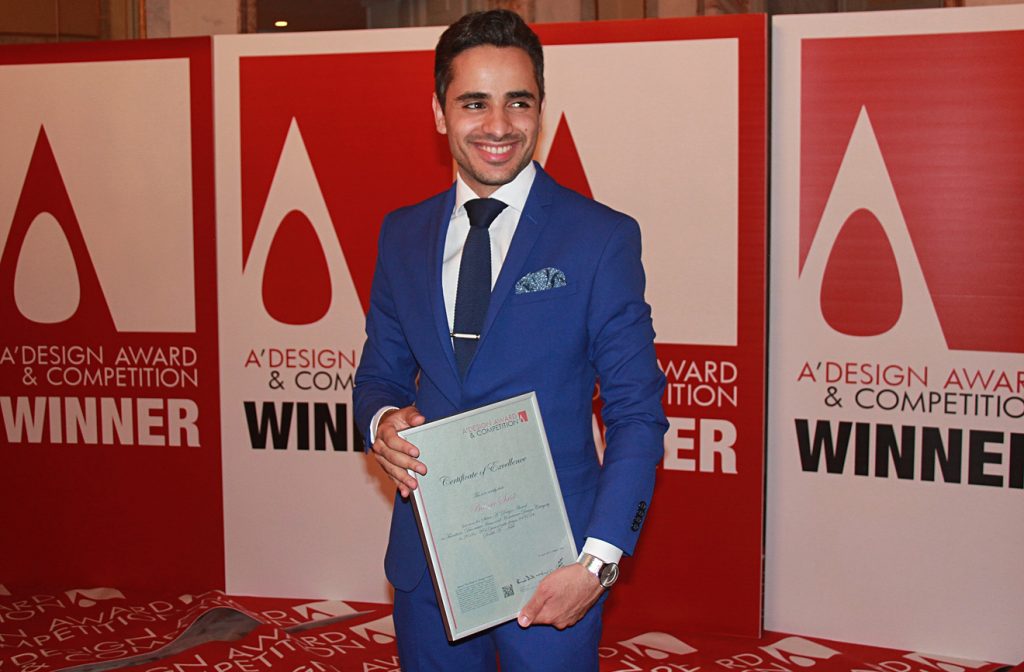 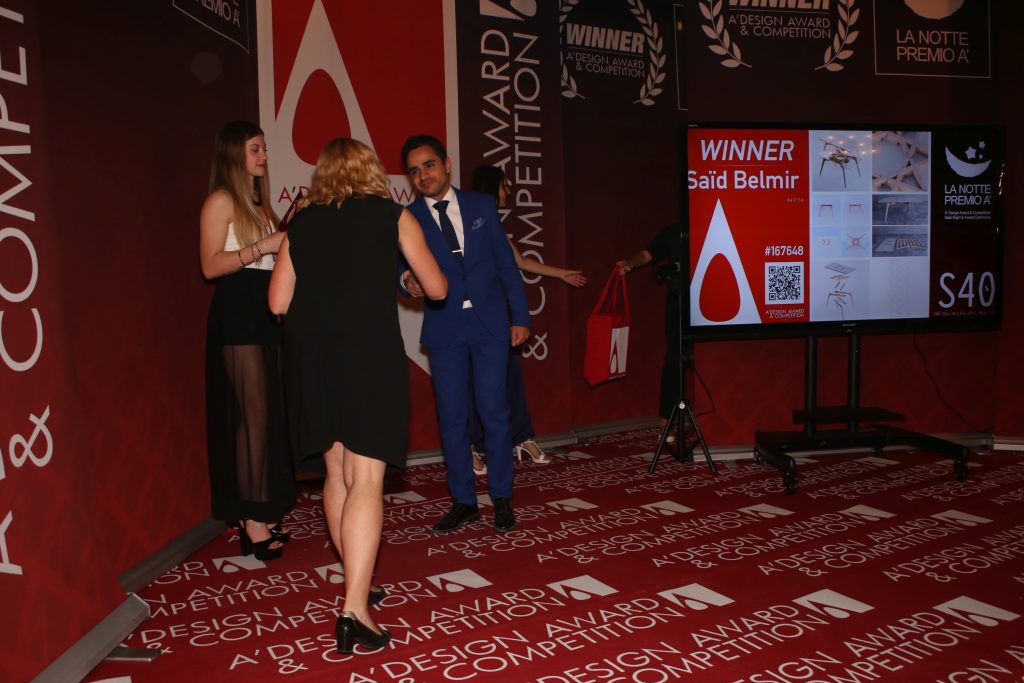 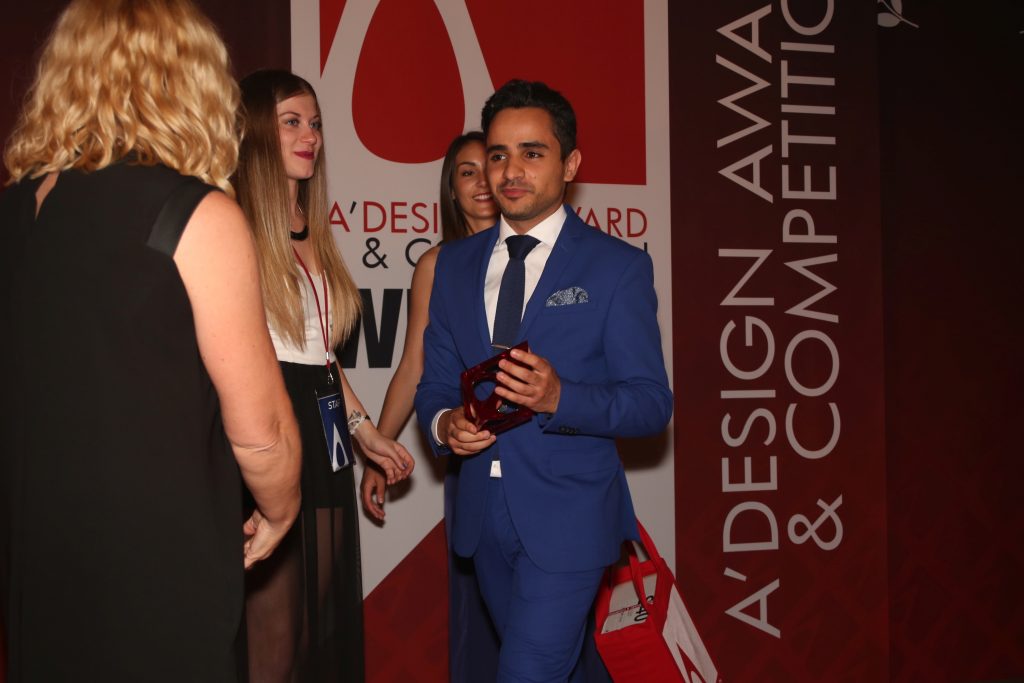 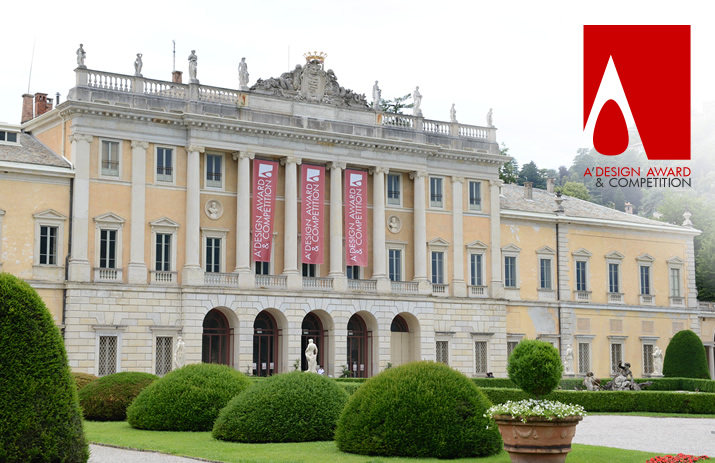 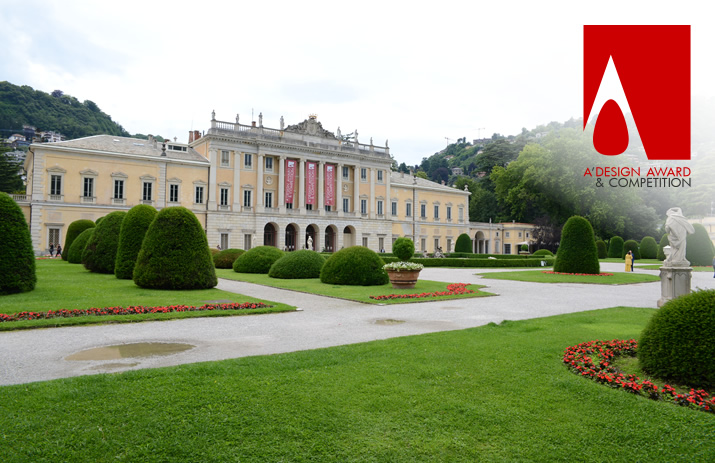 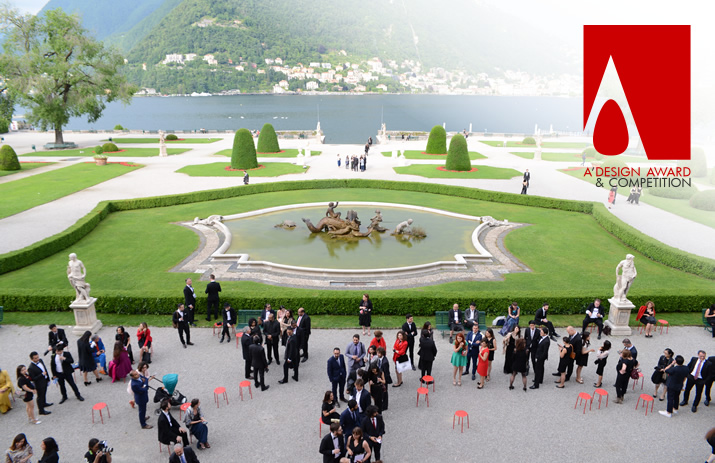 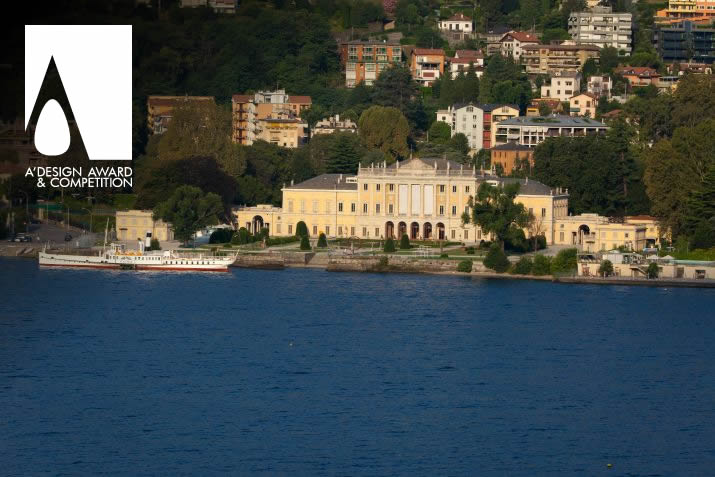 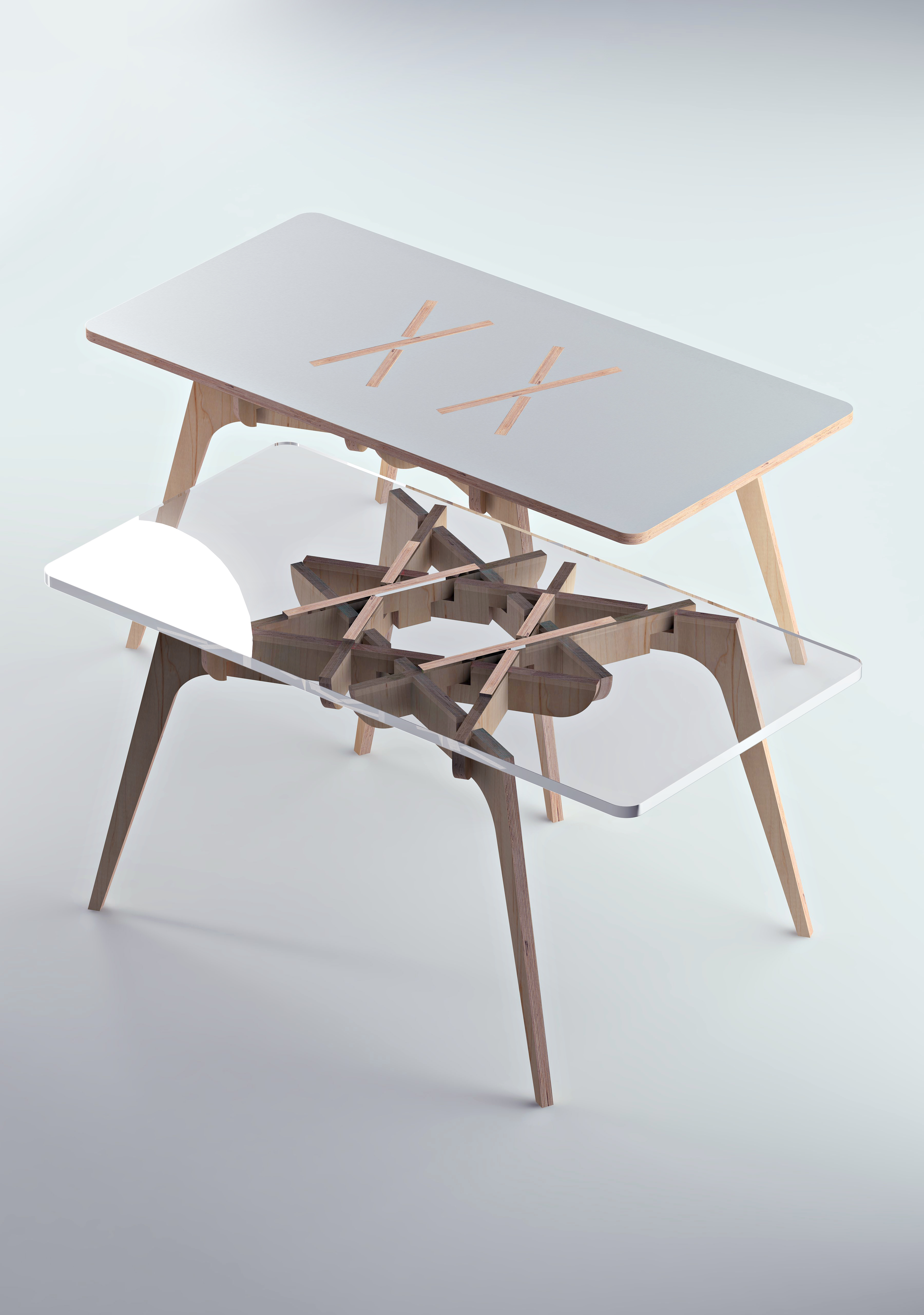 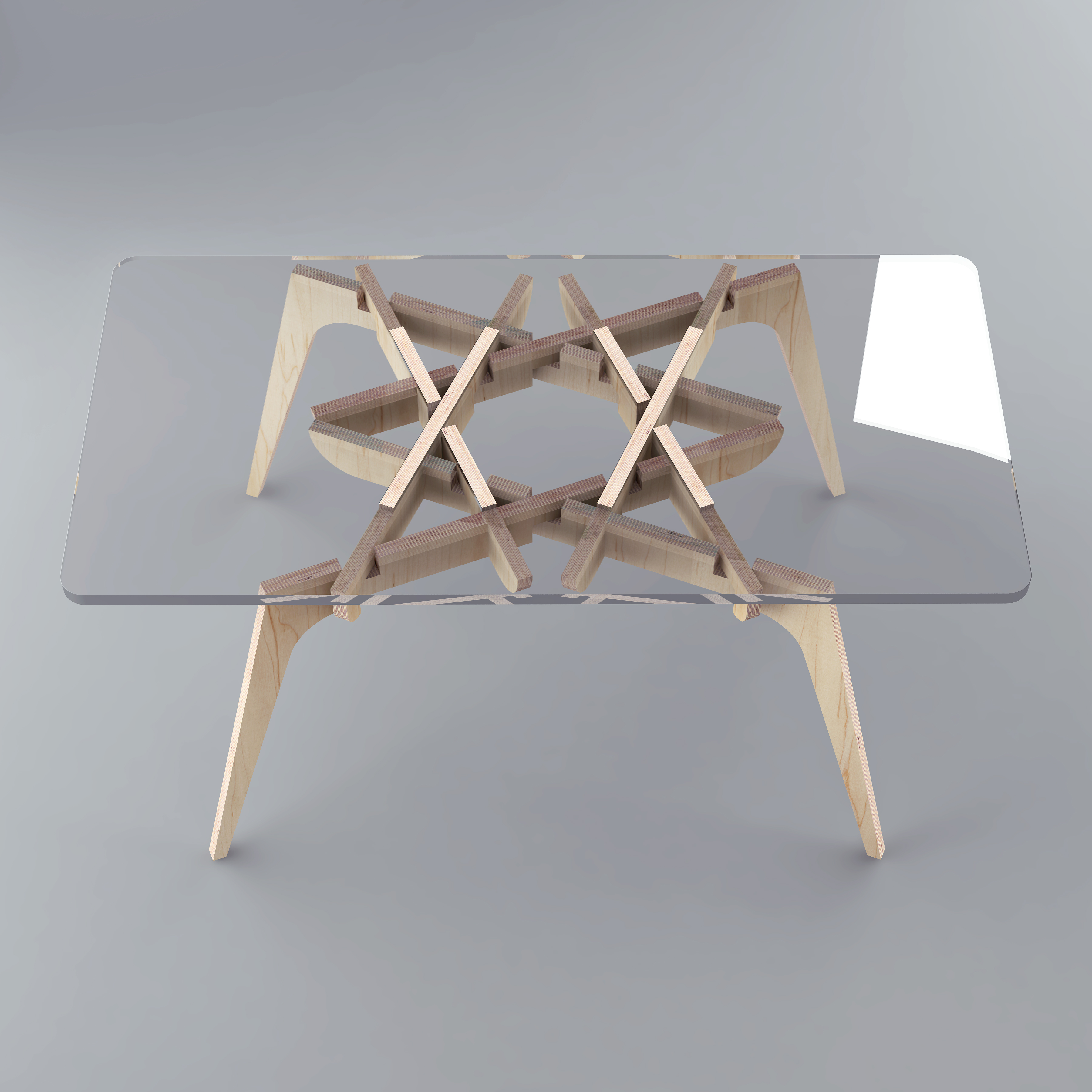 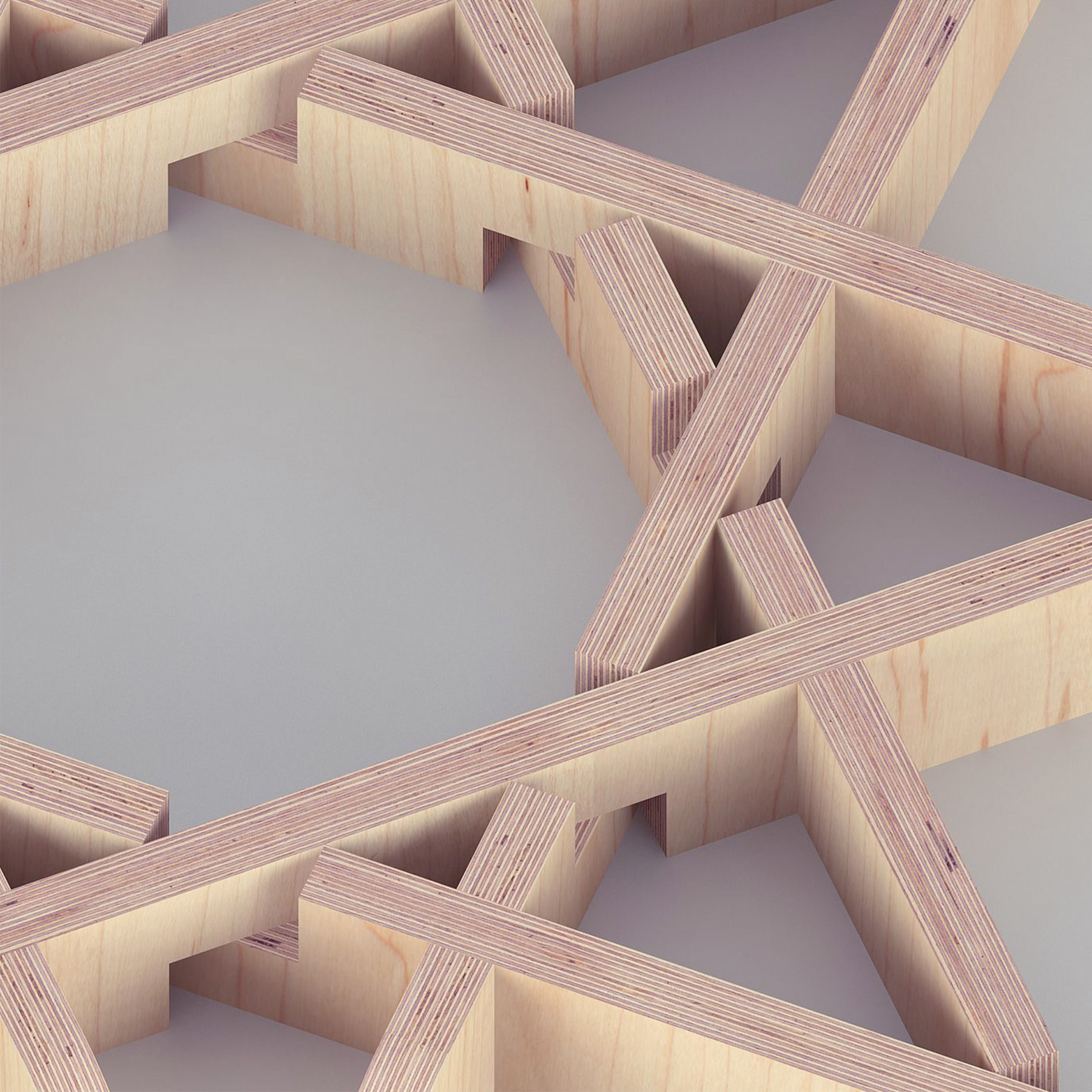 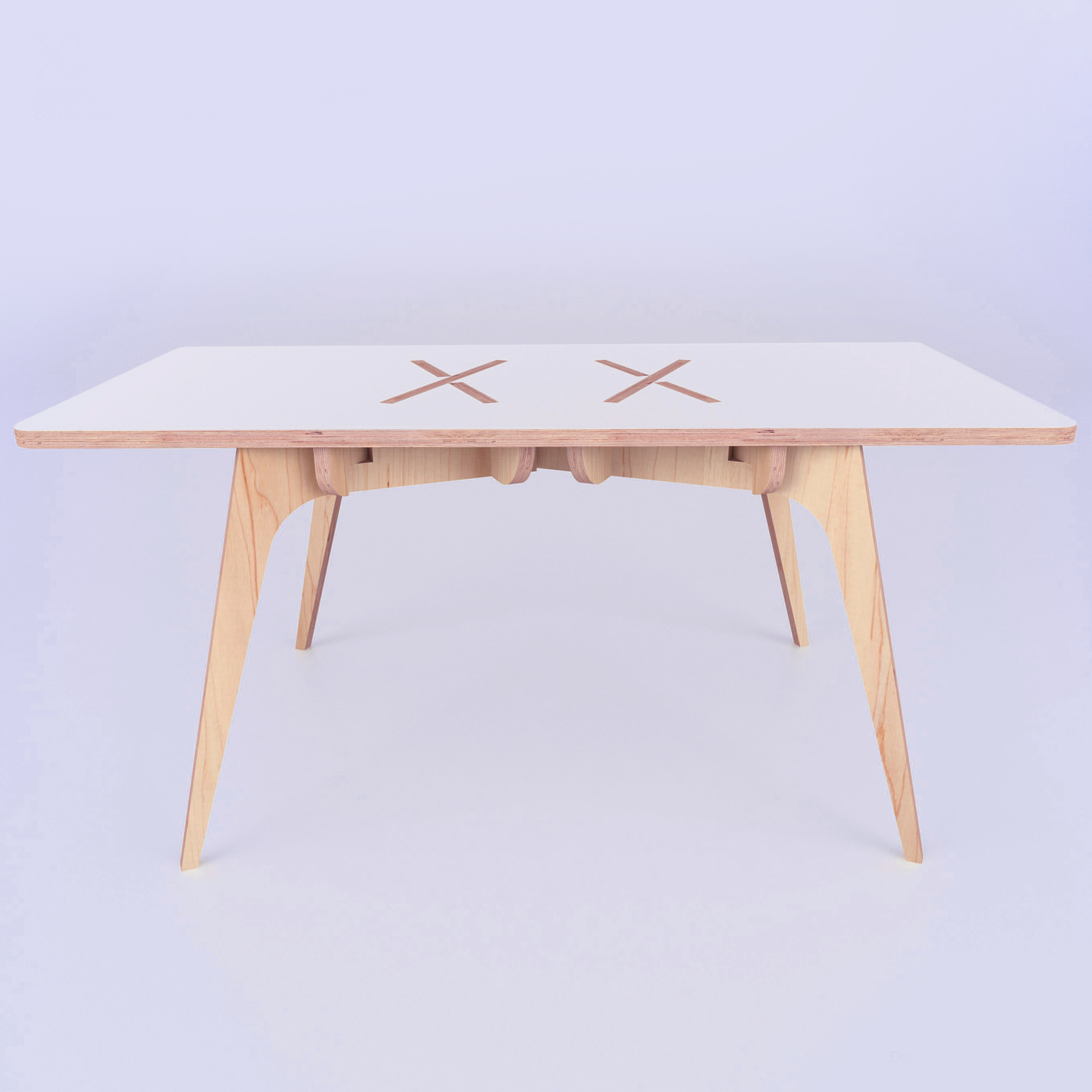 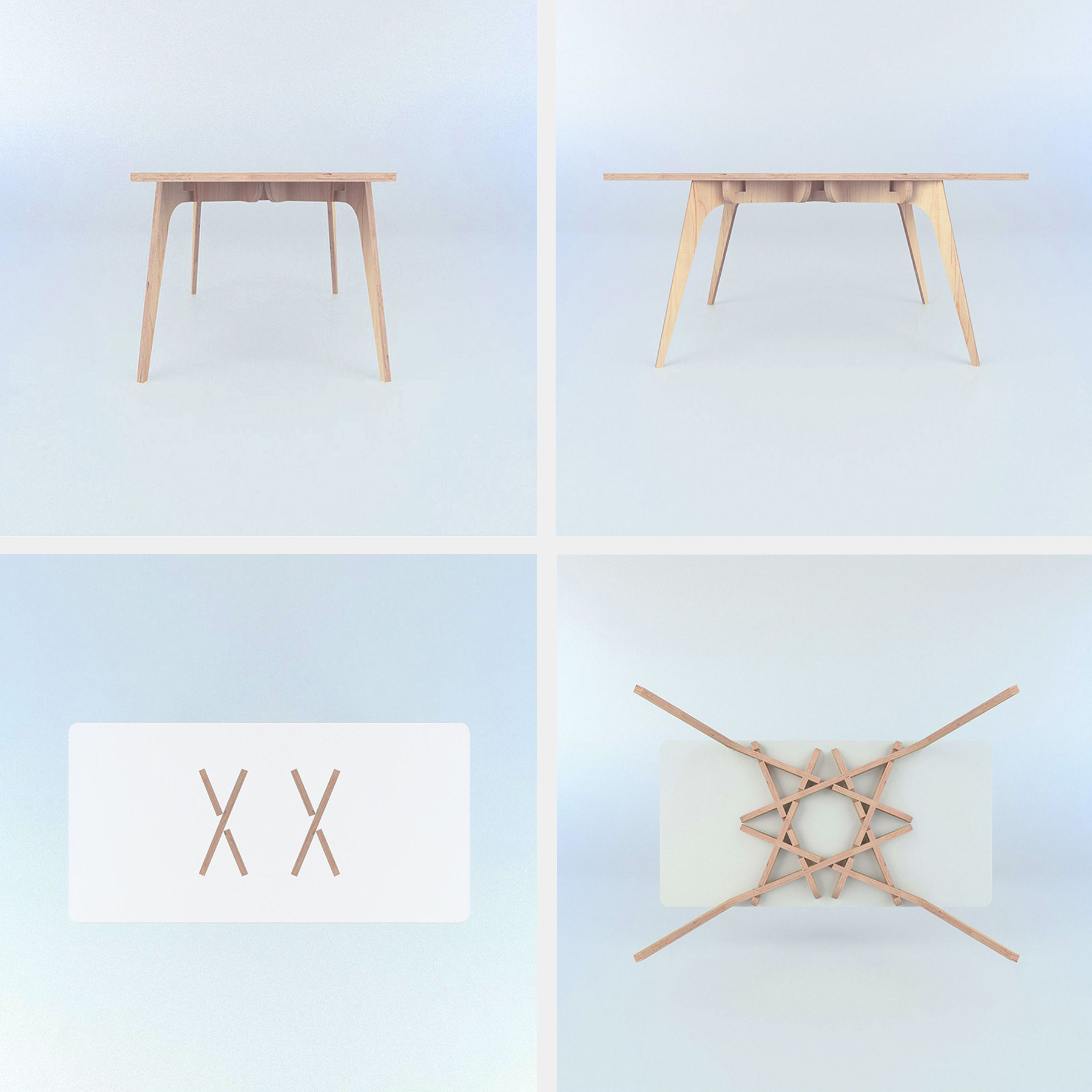 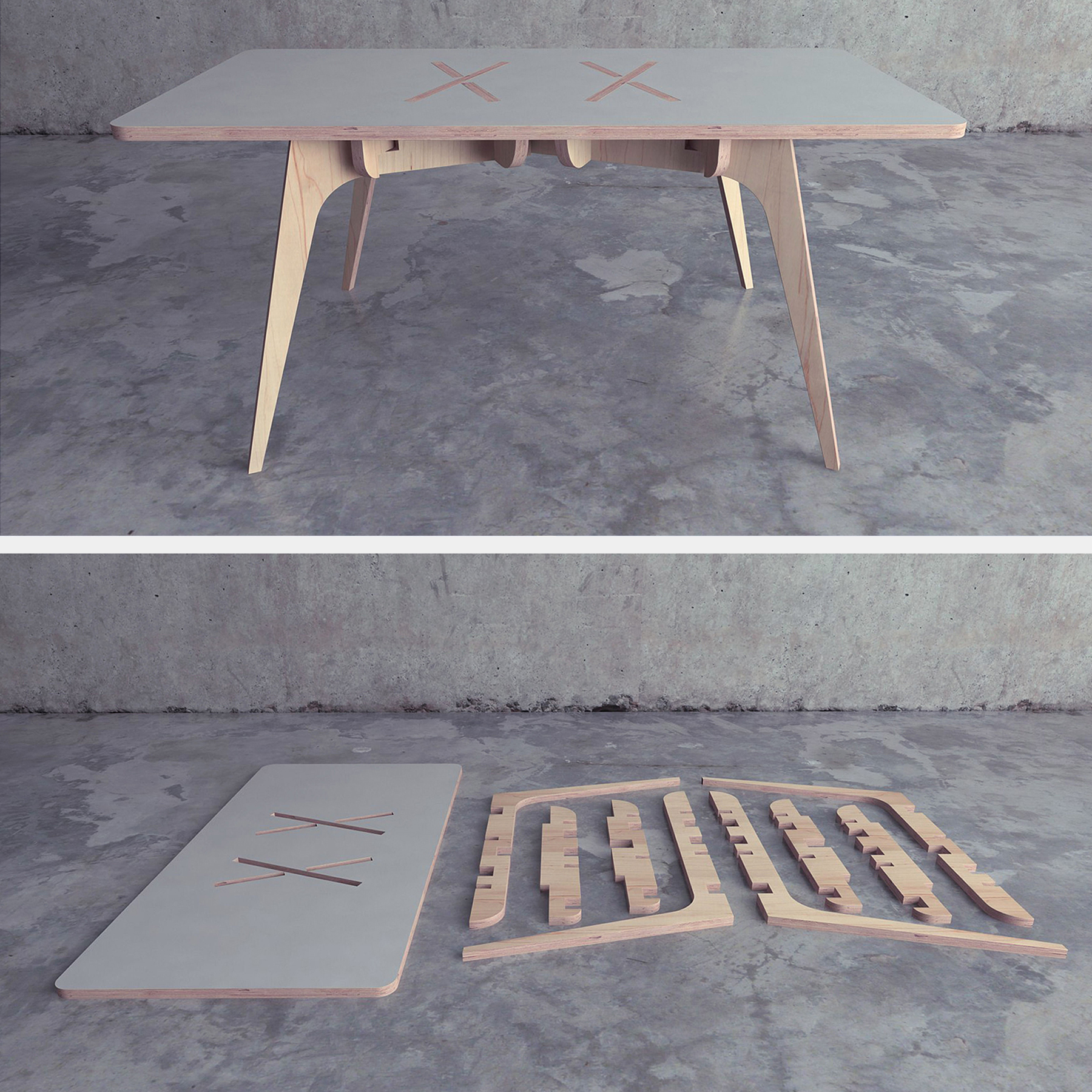 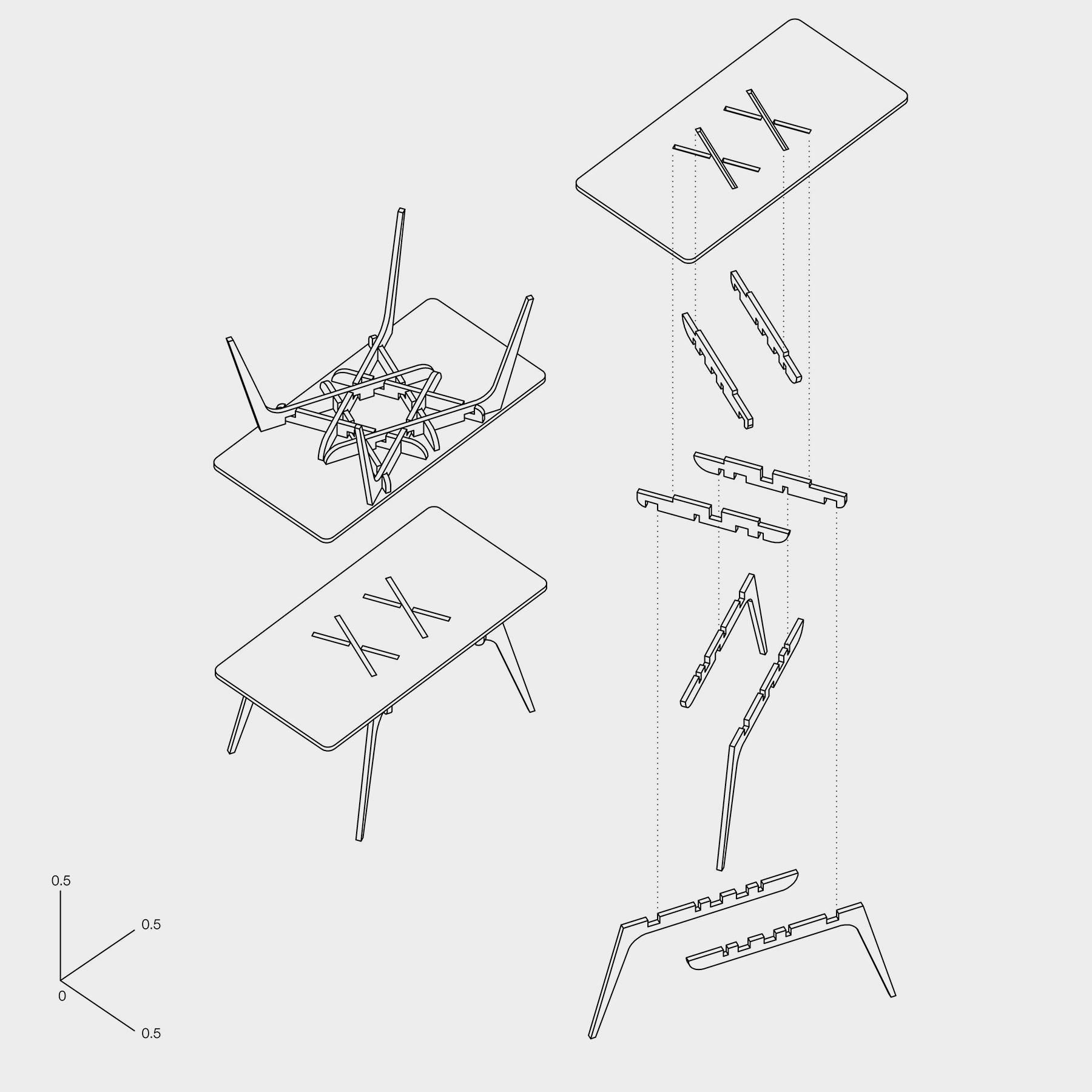